Home Off Beat Understanding and Addressing Addictive Behaviors
Off Beat 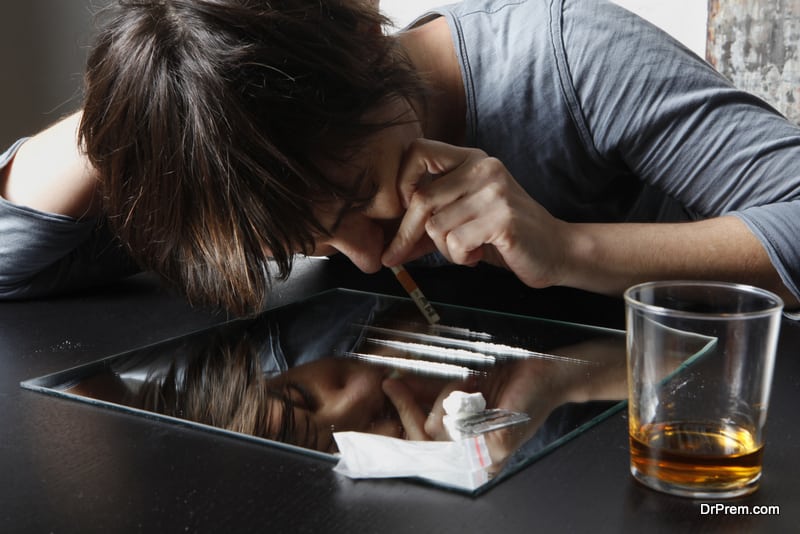 Drug addiction is a problem for 1 in 10 Americans. But substance isn’t the only addiction that people have. There are thousands of people addicted to gambling, sex, and other habits and practices that give them feelings of euphoria and satisfaction. So what is it in our bodies and brains that causes us to become addicted to certain thing? And why do some individuals more easily fall victim to addictive behaviors than others? This article will discuss these issues and more. 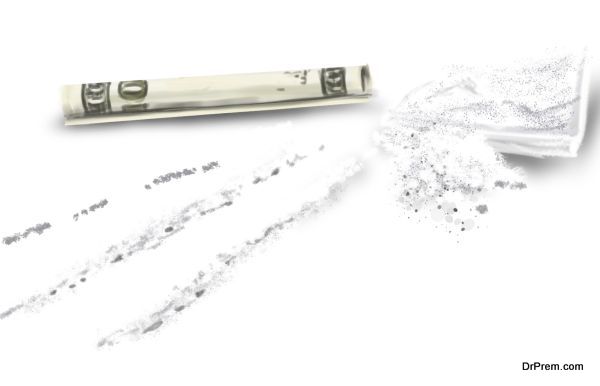 Addiction is a bio psychosocial disorder and combines many factors, including genetics and how your neurobiology interacts with social and psychological factors. Largely, addiction is like any other chronic disorder, meaning it’s preventable and treatable.

There has to be something in the behavior that makes it addicting. This is where the chemical reaction in your body comes into play. When you experience something enjoyable, your brain releases a chemical known as dopamine. Dopamine affects the brain’s reward system and helps elicit feelings of pleasure. Dopamine is important for survival. It helps your body to perform the positive things it needs such as consuming food and water and even having sex. But what makes drugs so addictive is that they are more powerful and effective than the “high” a person receives from natural dopamine release? Different drugs cause different reactions in your body’s reward system. Some, like marijuana, trick your brain into using dopamine, while other drugs like cocaine prolong the effect of dopamine on the brain and disrupt communication between body and brain.

Why Do People Get Hooked? 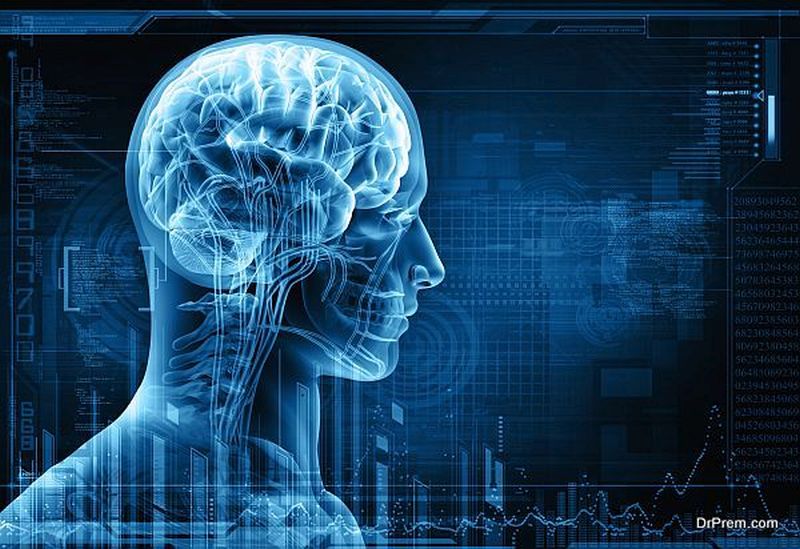 Understanding dopamine and its effects on the body can help you understand why people continue to take drugs or participate in certain behaviors. Why isn’t once or twice enough? It’s because once your body is exposed to these “feel good” rushes of dopamine into the body, it’s in a constant struggle to regulate itself. The surge of dopamine that occurs when a person engages in certain behaviors or uses a particular substance, creates an imbalance in the brain. As your body tries to regulate itself and accommodate these surges, it will reduce the number of dopamine receptors or produce less dopamine. This is the body’s effort to return dopamine release to a normal, healthy level.

This reduction of dopamine supplies, for an addict, means their dopamine levels are never quite normal. They need the drug or behavior simply to achieve a normal level of pleasure. If they’re looking to get the same “high” they achieved before, they’ll need to increase their intake even more, which leads to addicts chasing a high. This quickly develops into an addictive cycle and could result in overdose or death. Once a person eliminates dopamine’s ability to create natural feelings of pleasure, the body also becomes more sensitive to negative feelings like stress, anxiety, and other emotions. This is another recipe for disaster, as individuals will then seek out drugs or other behaviors to combat these negative feelings. It’s a vicious, dangerous cycle.

How to Break Your Addiction?

Any type of addiction is difficult or seemingly impossible to overcome. Not only has your body become physically and chemically dependent on certain substances, but the behavior itself has also become a habit. And not an easy one to break. But does that mean that once you’ve become addicted to something that you’re doomed? Not necessarily. There are several ways to combat addiction. The one thing they all have in common, though, is the individual’s desire for change. If the addict doesn’t want to improve their life or, even worse, doesn’t feel they have a problem at all, than recovery is highly unlikely. But for those addicts who are looking to regain control over their life, here are a few steps they can take. 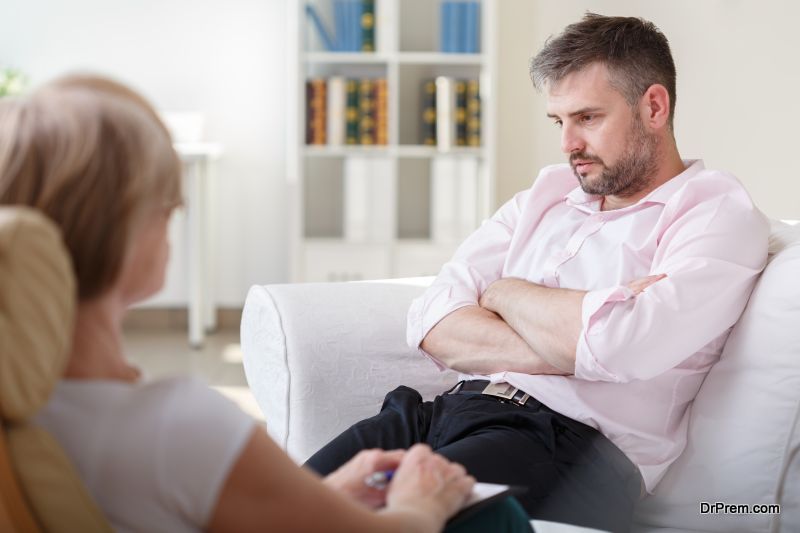 If the addiction is to drugs or alcohol, a detox program might be the addict’s first stop. Detox is performed under medical supervision. During detox, an addict’s body and brain must be weaned off of whatever substance they’ve relied on leading up to this day. Detox is often performed in a rehabilitation facility. Patients should expect to undergo some withdrawal symptoms during this time. It’s important that the patient, family, and friends understand more about these symptoms before the detox process begins.

Therapy for addiction comes in many forms and isn’t reserved for just drug or alcohol addiction. Thousands of people suffer from gambling and sex addictions as well. Any habitual behavior that requires outside intervention to stop can benefit from therapy. Cognitive behavioral therapy helps the patient to recognize and identify triggers for their addictive behavior as well as learn the skills needed to combat these urges. During group therapy, the addict is surrounded by other people dealing with similar situations. This helps individuals to see they are not alone in their struggle and learn from one another’s stories and experiences. Family therapy is also important for anyone with an addictive personality, as their behaviors often impact loved ones in a negative manner. 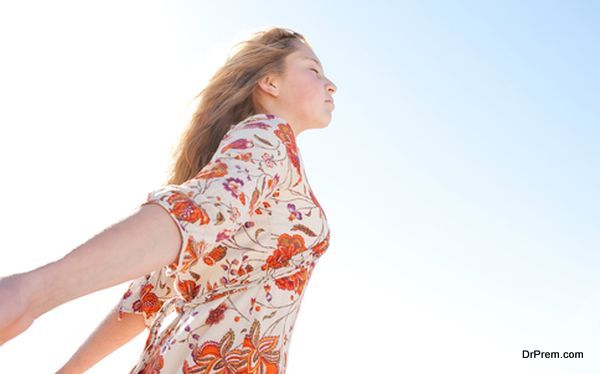 Although some people are more predisposed to suffering from addiction, it really can happen to anyone. Whether you fall on hard times financially, personally, or professionally, when you’re feeling sad or depressed, you often seek out things that make you feel good. Once you find something that elicits feelings of happiness and pleasure, it can be difficult to stop. And the chemical reactions that occur inside your brain and body once you start interfering with the body’s natural release of dopamine, can be nearly impossible to overcome. But once you’ve identified your problem and are willing to get help, there is hope after addiction. Being aware of your personal triggers and seeking out healthy alternatives for stress will help keep you from falling victim to addiction.

Common Running Injuries and How to Avoid Them

Turmeric: How the Super-Supplement Benefits the Body