Migraine Headaches in Children: What you should know! 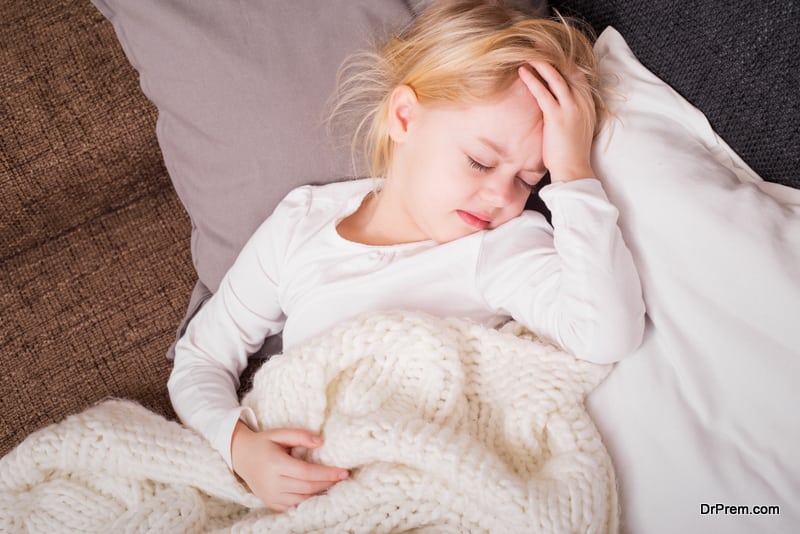 Although, headaches in children have never been uncommon; sometimes they can be associated with complicated neurological conditions like a Migraine. Just like their adult counterparts, children may complain about headaches usually due to stress, tension, infection or minor head injury. However, if the issue is persistent and accompanied with other symptoms like nausea, vomiting, dizziness, etc. then it is advisable to seek immediate medical attention; as it could be a migraine!

A migraine: An overview 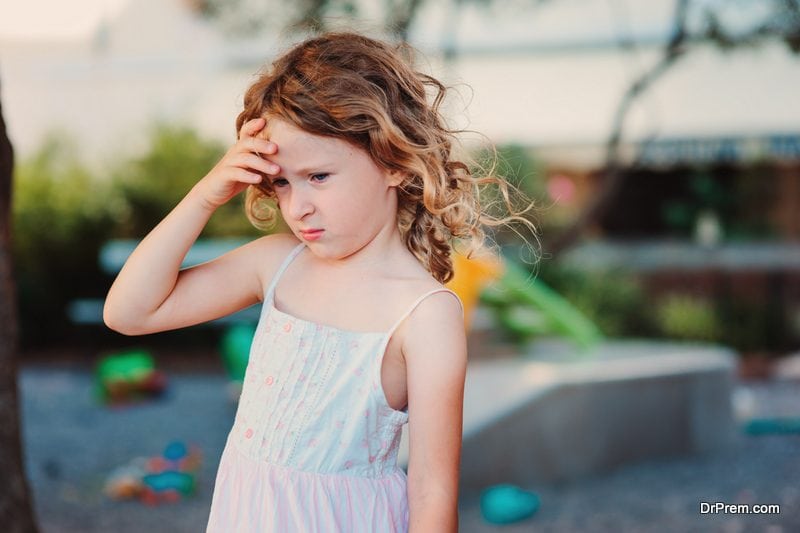 Unfortunately, migraine has been reported as one of the most common issues with school-age children, leading to their decreased quality of life. Studies have reported that a childhood migraine is more common in boys than in girls, affecting almost 1.8-2% of teens and 0.6% of children. Surprisingly, incidences of a migraine in 4 years old and even 18 months old kids have reported.

It should be noted that migraine symptoms and treatments in kids, as well as teens, can be different from adults. In children, migraine attack can usually occur for one to four times a month that may typically last for 30 minutes to almost for 6 hours. During the episode, your child may complain about a throbbing pain in either one or both the sides of the head, often with nausea, vomiting, dizziness, and abdominal pain. Children tend to become more sensitive to light, touch, and noise. These migraine symptoms are often subsided after a sleep; and hence, children are advised to lie down to make them feel better. 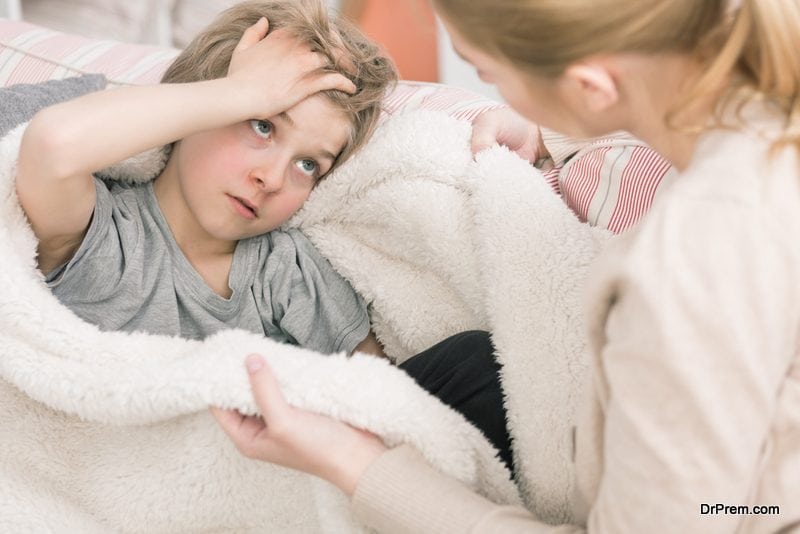 Studies indicated four possible phases of migraine attacks, which can be noted as:

Kids who have reported 15 or more headache days in a month with episodes lasting for more than 5 hours to 3 months can be suffering from a chronic migraine and should be paid special attention. Chronic childhood migraine can be severely disabling. It can have a negative impact on their academic performances and disturb physical as well as mental well being of the child.

Thus, it is important to note some of the unique symptoms of a migraine in order to differentiate it with common headaches in children, in order to incorporate a safe and effective option for prevention. 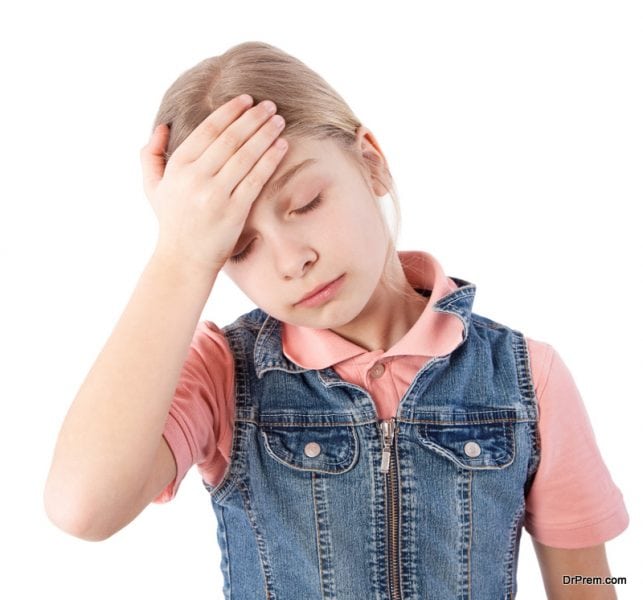 Children with migraines typically express one of the four symptoms.

Thus, if any of the above symptoms are noted in your child along with other common migraine symptoms such as abdominal pain, irritability, dizziness, vomiting etc. it is advisable to get immediate medical attention.

What are the migraine triggers? 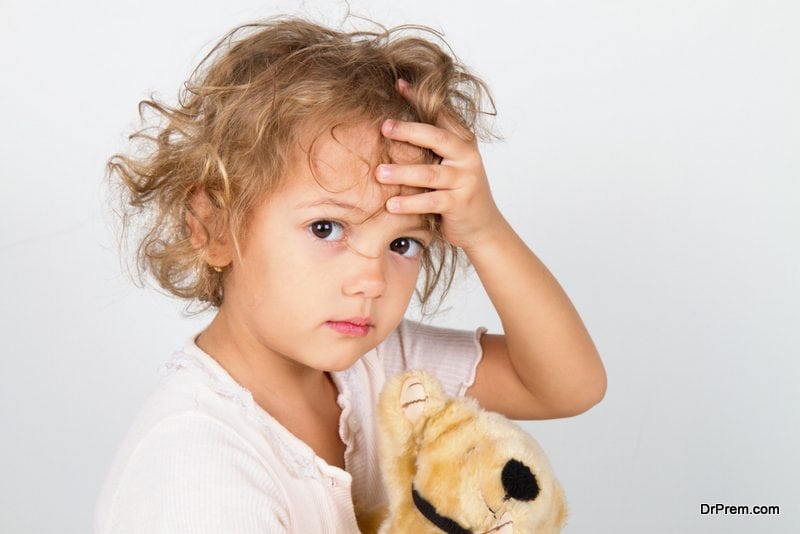 It has been identified that multiple factors act as a migraine trigger and can be noted as:

Although a migraine can be treated completely with the medication and self-care at home, it is important for parents to know when to worry! 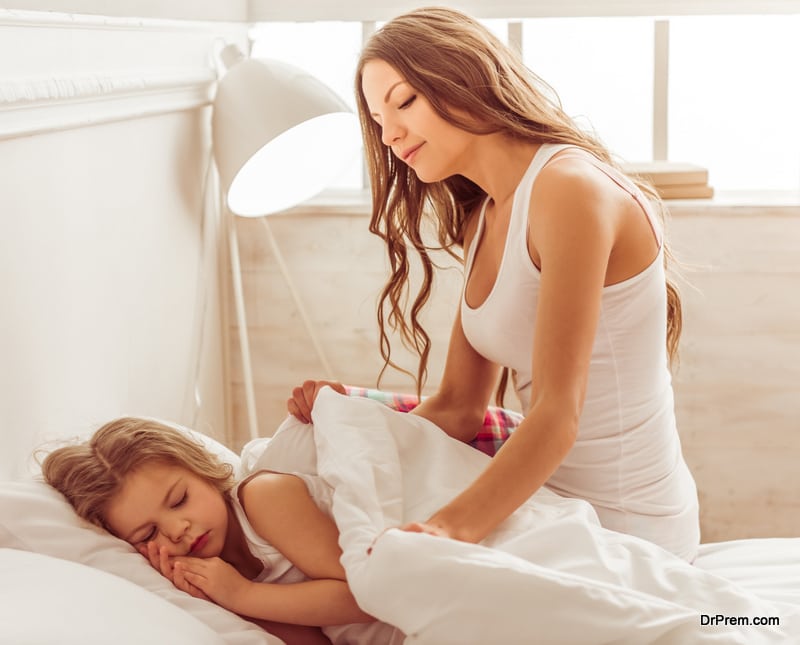 Experts have suggested that sleep is the most powerful migraine remedy. It helps in restoring normal brain function to minimize pain. Studies have indicated that sleep can resolve many associated symptoms of migraines including irritability, anxiety, stress, etc. Maintenance of regular lifestyle schedules such as enough sleep, regular meal, and stress-free living can be helpful in controlling headaches in children. Recognizing your child’s migraine triggers can be helpful in reducing the frequency of episodes. In this regard, doctors advise maintaining a record which should include all the details, such as

If headaches in children are not reasonably controlled within 3 to 6 months post-treatment, it is always advisable to seek pediatric neurologist to rule out the possibility of any other neurological indication.

Your Summer Vacation Health and Safety Guide for 2018