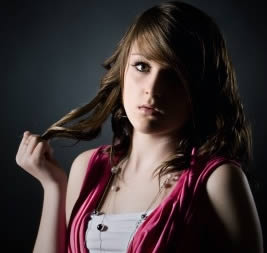 Trichotillomania is an impulse control disorder, where the subject has a compulsive urge to pull out one’s hair causing visible hair loss, distress and social complications. Labeled as a psychological condition, it is chronic but can be treated, and requires incredible patience form family and friends of the individual diagnosed with trichotillomania. The name was coined by French dermatologist François Henri Hallopeau, who derived it from the Greek words, ‘trich’- meaning hair, ‘till’- meaning ‘to pull’ and ‘mania’.

Trichotillomania is seen in girls more than boys, and the maximum cases of recorded onset has been seen in adolescents, though it can start in children as small as infants and could continue well into adulthood. It manifests in different forms in all those affected.This hair pulling need not be restricted to head hair but the individuals could also pull out hair on other parts of the body, like arm hair, facial hair etc. According to the study and research, this habit can come and go, sometimes being absent for months and then suddenly recurring. The condition, trichotillomania in most cases is triggered by depression or stress, and mostly goes unreported due to the social implications.

The reasons behind the development of this condition is not very clear, though according to doctors, Trichotillomania could start as a reaction to stress, anxiety, depression or an obsessive-impulsive disorder. A child who feels intense pressure to perform, or is living in an environment filled with emotional tensions is more vulnerable to Ttrichotillomania. Since girls go through body changes and emotional turmoil in their puberty they are more likely to start the habit of hair pulling.

In many children it starts as an unconscious habit, where they start pulling out their hair while watching T.V or reading, and slowly develops into a compulsive habit that transforms into something uncontrollable.

Another probable cause could be low self esteem associated with the fear of being rejected by the peer group, or a fear of socialization and negative attention. In a stable and more relaxed atmosphere, the disorder disappears and often resumes upon leaving the comfortable environment. Sometimes the trigger could be post traumatic stress.

A parent has to be very open to such situations and not reprimand the child, but try to understand the reason behind the habit, which could have started by a change in class, school, home location or behavior of friends. The parent has to make the child socially strong for the child to control such disorders.

There is argument that Trichotillomania may not be entirely behavioral but could have genetic inputs too. Some studies have shown that those suffering from trichotillomania have low cerebellar volume, which suggests some difference between OCD and Trichotillomania, but lack of MRI studies on the same cannot confirm it.

It is also possible that genes could be a cause to a person being vulnerable to Trichotillomania, like mutations SLITRKI gene and certain differences in serotonin 2A receptor gene. Also mice with mutation on HOXB8 gene have shown symptoms of hair pulling, which could indicate genetic causes for Trichotillomania.

Medical complications other than hair loss associated with Trichotillomania are infection, stress issues, gastrointestinal problems due to hair balls, and in extreme cases, conditions like Rapunzel syndrome. Therefore, it becomes essential to diagnose the problem and treat it.

Help for Teenagers with Trichotillomania

Since Trichotillomania starts in teenagers mostly, it is highly advisable to get immediate medical help before there is severe psychological damage caused due to the social implications of the disorder. The ideal place to start for treatment would be your regular Pediatrician or Family Doctor. Treatments are available, and with regular counseling you could check the disorder. Cognitive behavioral therapy by qualified therapists, medication or combination of both is generally recommended and has given positive results in many cases. Many therapists suggest other activities that involve hand and fingers like knitting, painting, needling etc to divert your attention.

Trichotillomania is a behavioral disorder, and for your adolescent child to overcome it, you have to first accept the situation as a medical condition. As a parent you should not deny the existence of the habit. Instead understand your child and be patient with him because at the end of the day, a healthy home environment and balanced family life builds your child’s self esteem helping him face all social pressures.