The Five Best Ways to Keep Your Kids’ Diet in Check 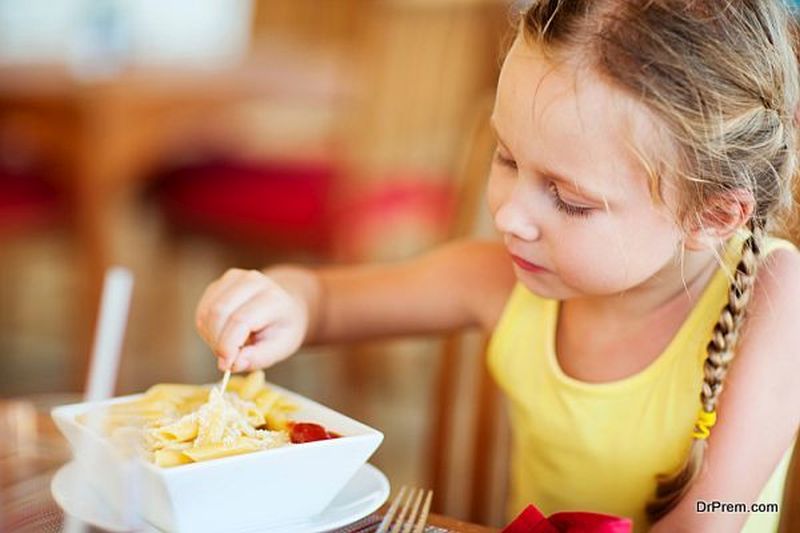 The word diet often makes a bad name for itself, to the point that “kid” and “diet” feel like they shouldn’t be used in the same sentence. Don’t fret — nobody is telling you to put your tot on Weight Watchers. Really, a diet simply describes whatever food a person puts into their body. Everything you eat, healthy or not, is a part of your diet. And wanting to sway your family and your kids in the direction of health is good for everyone involved.

That being said, there is a right way and a wrong way to do it. Especially as kids grow and become aware of their bodies and identities, it’s important to make them feel empowered, not pressured into making healthy choices. Conditioning kids of all ages to feel good about healthy choices will help them take those choices into adulthood. But how can you start the habit moving? Here are just a few important ideas to keep your kid reaching for those veggies: 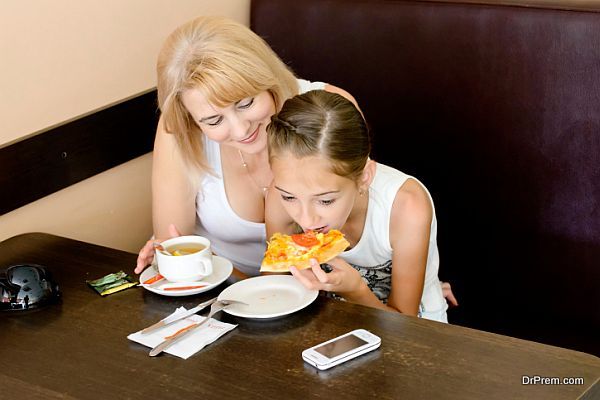 When you treat something like a reward for good behavior, it’s likely that thing will become the object of desire. Yes, junk food is meant to be a treat, but there’s a big difference between allowing something every once in a while, because treats are fine in moderation and making a child work hard to get something they desire. Often, this attitude can create an I-want-it-but-I-can’t-have-it view of junk food that tempts them into adulthood.

When you’re looking to set up rewards for your child, get creative. Food is, first and foremost, fuel that we use to nourish our bodies. Treating certain kinds of foods as bad yet desirable can give longer lasting effects to the reward system. Rewarding your child for good behavior and healthy habits isn’t bad, but things like letting them choose the day’s activity, doing a family art project or even taking a bath with extra bubbles are all creative ways to offer praise.

While many households don’t necessarily make kids eat healthy foods as a punishment, it sure can feel like it sometimes. Have you ever told your child to eat their vegetables before they’re allowed to have desert? It seems harmless enough to say, but it can often come off as something like, “Finish the gross yucky food before you’re allowed to have the good food you actually want.”

Instead of painting healthy foods as inherently bad yet desirable, you can use healthy food and health in general as the reward in itself. Phrases like, “Eating your vegetables will make you feel amazing!” and “Fruit is delicious, and it gives you energy. Doesn’t that sound awesome?” are great ways to encourage kids to not just eat healthy food, but see the reasons for doing it. 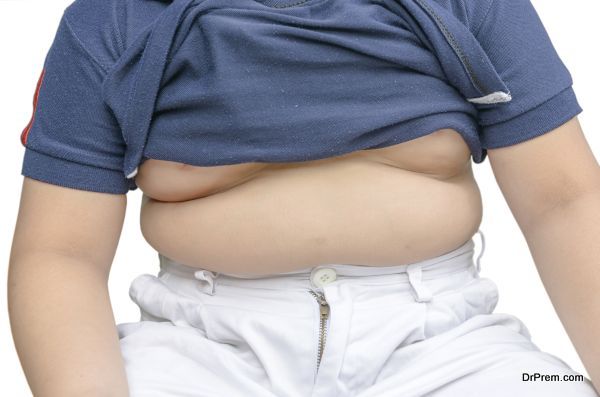 Body image, society and the media often aren’t kind to peoples’ self esteem, and it starts younger than you might think. Especially if you have teens, it’s important to never comment on their weight or size as a part of their health. Unfortunately, though, the damage is often already underway by the time the teenage years hit. A whopping 80% of ten year olds are afraid of being fat or think they are already.

Often, saying nothing doesn’t cut it. With the world actively contributing to unrealistic standards that surround your child without you even realizing it, you need to contribute to a positive body image in your home. Tell your kids that they’re beautiful at any size, and that what matters most is on the inside. When your kids feel empowered and love their bodies, they’ll make smart choices based on taking care of their health, not their appearance.

Kids like to copy their parents. It’s often as simple as that. You can’t chow down on pizza and ice cream and expect your kids to totally dig the salad you plop down in front of them. While sometimes it might not be exactly what you’re craving, eat all the nutritious, healthy foods, and make sure they see you do it.

From the little ones asking “What’s Daddy eating?” to the teens who will charge at you like, “Mom can I have some?” your kids will build a positive association with healthy food. Plus, you’ll get a bit of an extra healthy boost from it, too. 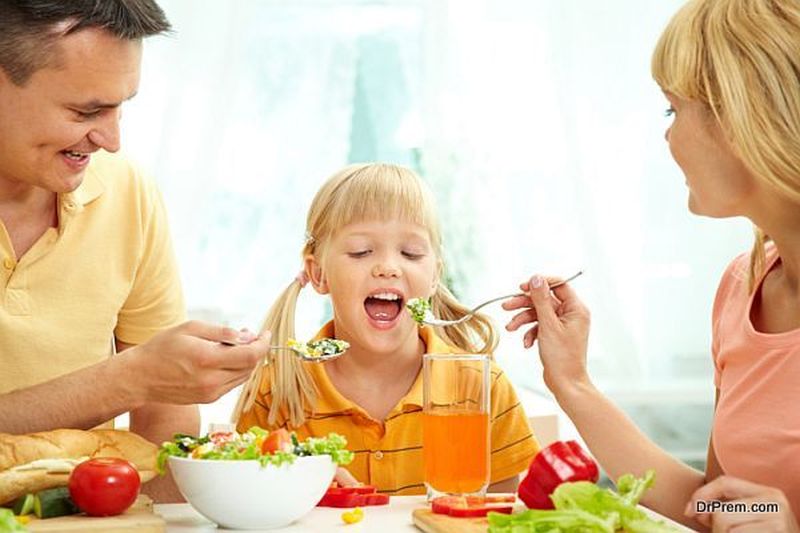 Teaching kids to listen to their bodies is one of the most important lessons in setting them up for success. Kids of all ages — though the younger, the more in touch they may be — tend to know when they are full or hungry. Their bodies signal hunger because they need nutrition, or fullness when they’re genuinely full. Even if they graze, it may be their metabolism working in ebbs and flows.

When you demand a kid cleans their plate even though they’re full or cut them off when they insist, they’re still hungry, you’re introducing outside stimuli as a marker of when to eat rather than allowing them to look within themselves. Let them eat when they’re hungry, and eat until they’re full.

Keeping your kids’ diets healthy is about so much more than sticking a salad in front of them. When you build a household based on all-around healthy habits, your kids will take to it like omega-3 filled fish to water!

Stress Eating: What Causes It and How You Can Stop It