Anyone who claims that psoriasis doesn’t itch is probably uninformed or is being disingenuous. Nevertheless, the word is derived from the Greek word ‘psora,’ which means ‘to itch.’ It would be kind of odd if someone was claiming that a word derived from ‘itch’ didn’t mean itch in some form or another.

Psoriasis can be frustrating, not just because of the unsightly rash and other skin conditions it causes, but because of that itch. When people have been diagnosed as having psoriasis, they can take some steps to alleviate at least some of the symptoms, including that stubborn and sometimes painful itch. Some people deal with it on their elbows and scalp, but some even have psoriasis on their feet. 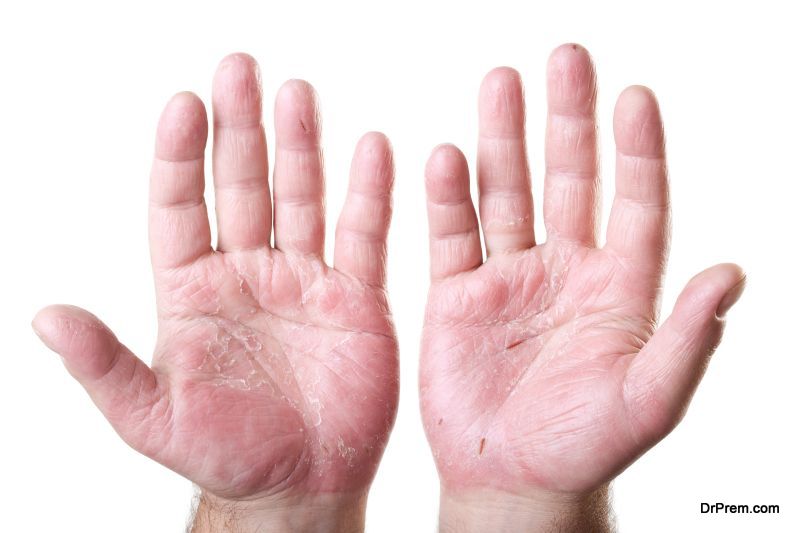 No matter what kind of treatment a person with psoriasis goes after, the most important point is to be proactive. That means you don’t want to wait until the symptoms are severe and the itching is so painful that it doesn’t allow you to relax, sleep, or even focus on the tasks in front of you.

Pay attention to the foods you eat

While research isn’t solid on this subject, many, many people with psoriasis claim that the foods they eat can have a direct and dramatic impact on their psoriasis flare-ups. That means you should pay attention to what you’re eating and if you really want to do things right, you’ll want to avoid sugars, red meats, and processed food.

Plant-based meals are the best because it gives your body the nutrients it needs to be healthy and that’s going to keep psoriasis at bay much more effectively.

It’s important for your skin to stay moisturized. If you let your skin dry out, what happens? It becomes sensitive and itchy, right? What do you think would happen if it dries out when you have psoriasis? Yes, it’s only going to get worse.

Not when you eat right, stay properly hydrated and keep your skin moisturized, and focus on being proactive. If you experience a flare-up, you may need to be more aggressive in your treatment options. This will certainly help to remind you what you need to do before that next flare-up occurs.