7 Warning Signs of an Eating Disorder 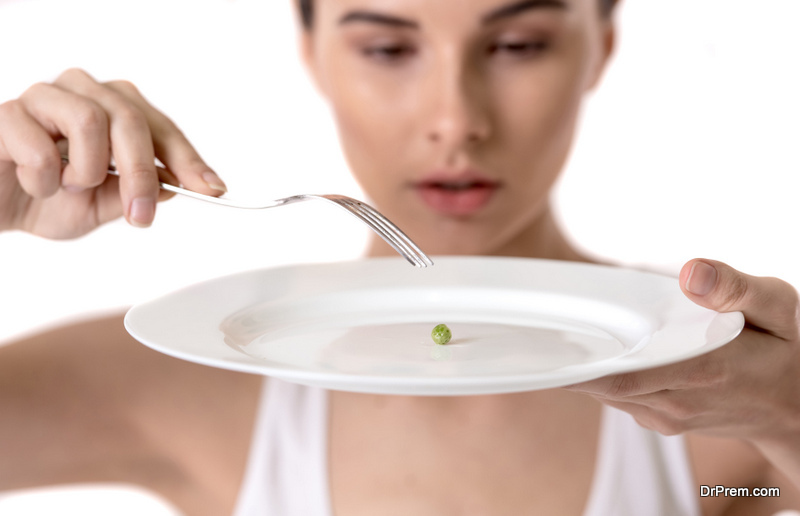 1. A Preoccupation with Food 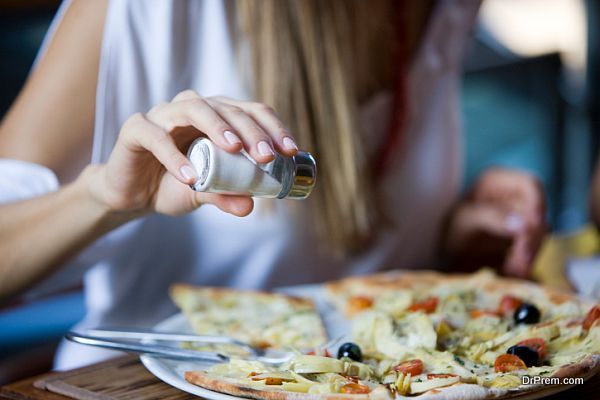 Although many people with eating disorders either binge eat or avoid eating all together, they’re still preoccupied with food. This means they often talk about food, watch cooking shows, cook meals for other people, and salvate over foods they deny themselves. In some ways, those individuals suffering from anorexia nervosa enjoy foods through others because they won’t allow themselves to enjoy them. If they cook meals for others and see how much they enjoy eating them, they feel a certain level of satisfaction as well. Eating disorder sufferers often ask countless questions about food and take great interest in what others are eating. Bulimia is a very different eating disorder that involves binge eating on excess amounts of food and then forcing yourself to vomit. People suffering from bulimia believe that purging the food from their body erases the calories and undoes their poor food choices. Both of these disorders are associated with an obsession with food and result in drastic weight loss.

This is one of the most common and obvious side effects of an eating disorder. Whether the person isn’t eating at all or is purging their food, they will dramatically lose weight. Without the proper nourishment and food, your body will slowly begin to waste away. First, the digestive system will use stored fat for fuel but once that fat is gone, your muscles will begin to wear away. Unhealthy weight loss is defined as anything more than losing 1-2 pounds per week. Eating disorder sufferers often lose weight at much more drastic and faster rates than this. If someone is losing weight in large amounts, very quickly, they might have an eating disorder. 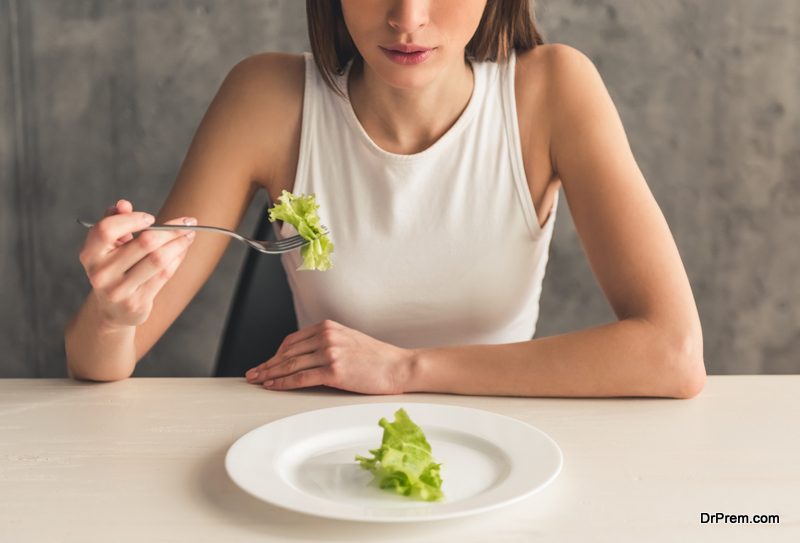 One of the first reactions to anyone suffering from an addiction is denial. Most addicts don’t want to admit they have a problem. If the warning signs of an eating disorder are there, and the person becomes extremely defensive when asked, it’s likely a sign that something deeper is going on. Unfortunately, if the eating disorder sufferer isn’t ready or willing to receive the help you’re offering, you need to give them space. You may decide to question a family member or friend if they are losing drastic weight but haven’t changed their lifestyle to support the weight loss. This means someone is losing weight without altering their diet in a healthy way or exercising. If this is the case, it probably means they’re using unhealthy means for weight loss. If your loved one is ready for support, check out this helpful site.

Another way that eating disorder sufferers “undo” their poor eating habits is with excessive exercise. If the person allows themself to eat, it may be followed by an incessant need to exercise and burn off the calories they recently consumed. Does your family member or friend frequent the gym multiple times a day? Are they using exercise as punishment for eating rather than as a means to get stronger or healthier? Excessive exercise paired with minimal caloric intake could be a sign of an eating disorder. 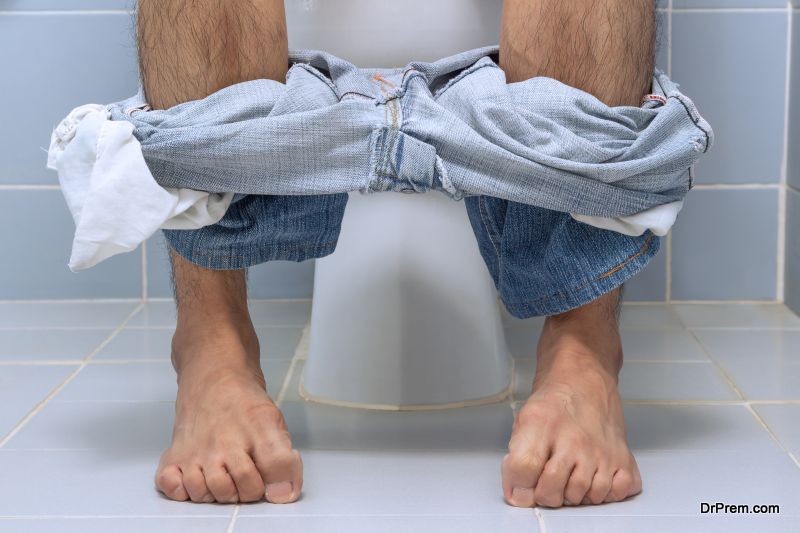 This warning sign is related to bulimia. Bulimics often eat large quantities of food in one sitting before forcibly vomiting. While some bulimics only behave this way behind closed doors, others have a hard time controlling their compulsion in public. If they over indulge in a meal, they might feel the need to excuse themselves to the bathroom and purge their food. Another sign that someone in your life might be suffering from bulimia is that they eat large quantities of food in your presence but are still losing weight drastically. This could mean they’re purging their food once they’re home or in a more private place.

A person’s weight isn’t the only thing affected by an eating disorder. The lack of nutrients and essential vitamins and minerals in the body will negatively affect other things. Someone with an eating disorder will experience thinning hair, brittle nails, and dry skin as a result of lack of calcium in their diet. If the person is bulimic, you may notice cuts or calluses on their hands from induced vomiting and their teeth scraping against their hands. Repeated vomiting will also wear away at the enamel of a person’s teeth as stomach acids pass over the teeth and break down the top layer of the tooth. This could result in more sensitive teeth or visible thinning. Eating disorder sufferers are often very cold, even in warm or mild temperatures. That’s because not only are your extremities (fingers, toes, etc.) not receiving adequate blood flow to keep warm, but when your body enters starvation mode, it slows down your body’s metabolism and also lowers your internal body temperature to conserve energy.

7. Avoidance of Social and Public Situations Including Food 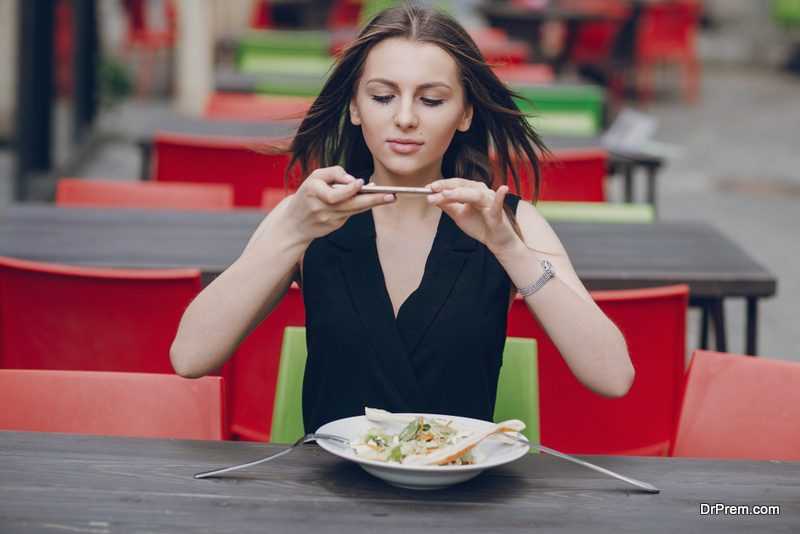 Once a person’s eating disorder symptoms become obvious to the naked eye, the individual may avoid all social and public events that involve food. Eat disorder sufferers want to avoid countless questions over why they’re not eating anything or why they’re so thin. For bulimics, they may have trouble controlling their need to binge eat and will struggle to find a place to purge their food afterwards. The best way for someone with an eating disorder to avoid these uncomfortable situations is to simply decline the invitation. This might even lead to feelings of isolation or depression for the individual. If a friend or loved one avoids socializing outside of the house, going out to eat, or attending parties where there’s food present, this could be a sign of an eating disorder.

Eating disorders don’t discriminate based on age, sex or race. Millions of people suffer with body image and struggle to establish a healthy relationship with food. Some of these behaviors are early warning signs that there’s a deeper problem present. With a little knowledge and support, you can help the eating disorder sufferer in your life.

10 – Signs of a bad therapist you shouldn’t ignore