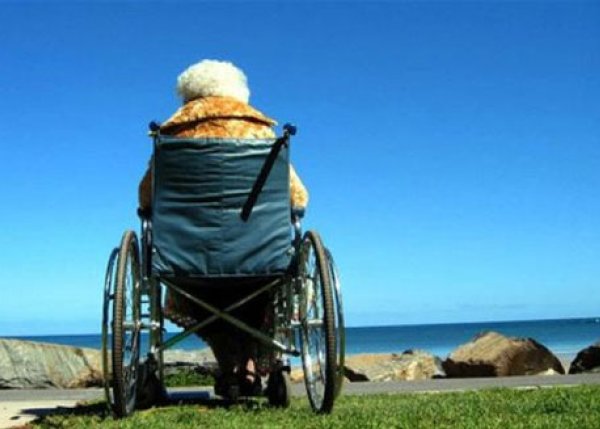 Alzheimer’s disease is a serious form of dementia that leads to memory loss and drastic cognitive and behavioral changes. Around 26 million people in the world are living with this dreadful condition. One must be aware of the early symptoms of Alzheimer’s disease in order to take timely pro-active measures. There is no known cure for Alzheimer’s disease, but there are treatments available for the symptoms. Even though, these treatments do not prevent Alzheimer’s from progressing but if the early symptoms are addressed on time, the onset of more serious symptoms can be successfully delayed. Early diagnosis can prolong independence and is the first step towards treatment and management of this dreaded form of dementia. Some of the most common early symptoms that show up before the juggernaut goes full swing are as follows.

Before the actual memory loss happens, there are certain personality changes that become increasingly apparent in people who are progressing towards dementia. An otherwise warm, compassionate, benevolent person may become grumpy and snappy, at first mildly, and then significantly. A good mannered, sociable person may start to become abusive or anti-social. These early signs are often over-looked by family members, colleagues and friends as they think stress is inevitable and it is normal for people to exhibit mood swings and changes in personality traits. In a way, they are right, but they should be more cautious if the personality changes they observe are drastically different and become increasingly obvious. Unfortunately, it is only when people think in retrospection, they realize that there were early indications to which they remained unmindful. And by the time, they realize, it is already too late for them or their loved one.

Normal functions that a person was otherwise capable of doing very well start to become increasingly difficult. The person, for example, would start finding it difficult to perform tasks that involve multiple steps or have written down instructions. A hobbyist would try to make his or her craft simpler, while an erstwhile professional chef would want to try simpler version of a complicated recipe. The person slowly and gradually would find it difficult to manage things that he/she could do effectively earlier like tracking bills, repairing simple machines, plumbing related repairs, planning a vacation or event etc.

Vision problems like depth perception and visual-spatial coordination often precede full-fledged memory loss. The person would begin to trip while walking or climbing stairs and would have difficulty in driving. It would become increasingly hard to judge distances or see clearly the contrasts as far as colors are concerned, which can in turn lead to accidents. As the perception problem persists and progresses, the person might not be able to even recognize himself or herself in the mirror.

Person may find it difficult to retrieve right words at right times. We all experience this and are at loss of words on multiple occasions, but in a person with progressive dementia, this happens way too often and it only gets worse with time. The person may also start to repeat stories or questions without even being aware of it. It gets increasingly tough for the person to make coherent sentences, be it writing or speaking.

In some cases, even when others do not notice, the person going through all these changes, somewhere in the subconscious is aware that he/she is losing the grip and something is wrong. It is quite depressing and frightening to realize that you are no longer in complete control of your faculties. This realization often negatively impacts the person’s confidence level and he/she begins to exhibit retreating or withdrawing behavior in order to avoid embarrassment at social gatherings. Depression is often a by-product of any psychological disorder and a person becomes more and more anti-social and retreats to his or her own shell. At other times, the person may not even realize that he or she is losing interest in socializing.

It becomes relatively easier to manage a condition when it is diagnosed early on. Timely detection of the above mentioned symptoms can to some extent make yours and your loved one’s life a little easier.