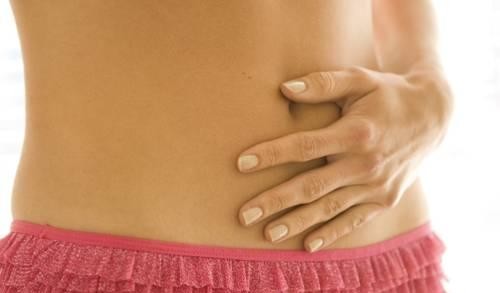 It is a disease that causes an inflammation of the appendix. It is considered as an emergency that needs prompt surgery or else it would will eventually burst. Here are mentioned popular myths regarding it.

Appendix is of no useThe myth is that appendix is useless and virtually has no use in our body. However, latest and most recent researches say that this whole idea of appendix being useless is incorrect. Early ancestors of humans consumed a lot of plant parts in their diet and scientists thought that appendix came to use for this particular purpose. Considering the modern human life style in which one hardly consumes anything raw or uncooked, the appendix was thought to be of no use. However, this notion has come to a halt after the advancements in medical science. This organ has particular use in maintaining a vital balance of bacteria in our body.Heavy workout or running after a meal causes appendicitisAppendicitis is an inflammatory condition that can’t be caused by running or workout preceded by a meal. It is usually caused by what’s called a fecalith or a small hardened piece of stool which when enters the appendix becomes the cause for disease.This myth is very common even amidst educated people that running just after eating can be a possible cause for appendicitis. However, with present day medical help this notion has clearly been omitted. As mentioned above, it is an inflammatory problem and can’t occur because of running or working out just after eating.Eating tomatoes or small seedy vegetable causes appendicitisActually, the exact reason behind appendicitis is not clear as it may vary for different individuals. Viral infection in one’s digestive tract can be a potential cause. The blockage of opening which connects the large intestine to appendix can also be one of the reasons. However, it is highly unlikely that small seeds of fruits and vegetables can block the appendix. Appendix has a comparatively bigger mouth or opening which is potentially impossible to be blocked by seeds. One such interesting myth about it is that if a person drinks or swallows the seeds of lemon, watermelon, orange or other such fruits, then they are bound to get problems with their appendix. But, thankfully, all these things don’t have any significance in the world of medicine.Pain in the lower right abdomen signifies non healing of woundsAfter the operation, there is a certain time lag in complete healing of skin and various tissue layers. This time period varies from person to person becaue different people have rates of healing, immunity and food habits. However, certain problems like itchiness and numbness may persist for a year or so but that doesn’t mean that the affected area or wound hasn’t healed. These factors can also be attributed to the patient’s personal hygiene and habits. But above all, these are natural biological processes and are generally slow, so one must not instant healing of these wounds.Seeping out of small amount of blood or fluid is abnormal and dangerousIts an expected thing and is perfectly normal, the discharge is called seroma. It doesn’t signify any mishandling on the surgeon’s part. Many a times it signifies the improvement in the speed of healing of the wound. The dry portions indicate that the wound is healing at a faster rate than normal. The fluid that comes out also signifies the same. However, there is general feeling of fear in people that when such incidents happen they panic and associate it with some kind of complication with surgery. However, do not panic and consult your doctor.Removal of protective dressing or bandage after surgery is harmfulOne can open the dressing after a week or so after the operation without worrying. Most of the tissues are healed in a week’s time. In fact, 90% of the internal wounds and tissues get repaired in a week or so. If one persists with the same bandage for a long time, it may also get dirty and be a breeding place for micro-organisms. Replace the old bandage with a fresh one. Generally, people who heal slowly and with deficiency of vitamin K need to take care of this. But, in general, two weeks is enough for recuperation.Pain in the surgery affected area while laughing or sneezing is worryingOne can experience this pain even after a year from operation while sneezing, coughing or in cold weather. When scars heal, the superficial nerves become hypersensitive. The mild pain is completely normal and not a sign of any persistent damage. However, if you experience, a sharp, shooting or excruciating pain, consult a doctor immediately. It could be the sign of some other problem.Workouts after surgery can be dangerousThe abdominal wounds usually heal in a week’s time. However, heavy exercises should be avoided for at least a month. Refrain from any kind of vigorous physical activity in the initial weeks after the surgery, and, if it is of utmost necessity to be involved in physical work, then make sure that your body gets adequate downtime. Always speak to your doctor before starting a heavy exercise regimen in the weeks after the surgery.Every pain in the abdominal area is a sign of appendicitisGenerally, people associate every abdominal pain with an inflammation of the appendix, however, this is not the case. In general, pain arising from appendicitis is accompanied by fever, feeling unwell, nausea and loss of appetite. Get yourself thoroughly checked before concluding that your abdominal pain is the result of an inflammation of the appendix.