Deposit of calcium salts, especially calcium phosphate and calcium oxalate leads to the formation of stones in the kidneys. The lack of knowledge about the intricate working of the human systems has led to a lot of myths about how these stones are formed and how they should be treated. Wrong assumptions and associations of diet and nutrition have further increased the myths. Here is an attempt to bust some kidney stone myths. 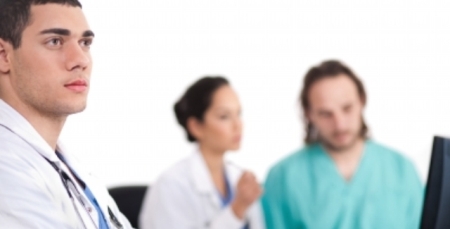 This is a myth that had held water for a very long time. The origin of the myth is not hard to decipher. Most of the kidney stones that are surgically removed and analyzed are found to be containing about 75 percent of calcium. It is hard not to conclude that calcium intake and kidney stone formation are directly correlated. However, several studies have shown that those who suffer from kidney stones have an increase in the number of stones when they reduce or cut their calcium intake. Calcium binds with oxalate in the digestive tract. Reduced calcium means reduced binding with oxalate and a matching increase of oxalate in the urine. It is oxalate that leads to formation of kidney stones.

This is mostly made of calcium salts. It is easy to see how the myth originated. However, the truth is that this is a myth similar to the previous one discussed. Many villages, towns and cities receive only hard water which has a higher proportion of dissolved minerals and salts. Schwartz et al, in 2002, proved through studies that, contrary to the belief, drinking only soft water increased the susceptibility of a person towards developing kidney stones. Many other studies have been done which prove beyond doubt that hard water has no effect or consequence on stone formation in the kidneys.

Shuster and his colleagues conducted a detailed study over three years with a test group of 1,009 males. Randomly chosen subjects were made to drink cola, while the others were kept cola-free. The study concluded with a finding that those who refrained from cola were 6.4 percent less likely to develop stones in their kidneys. Even among the sodas, phosphoric acid containing colas are more harmful compared to the citric acid containing ones. A recent study conducted among a group of 45,289 men has shown the reality. The finding was that Cola intake increased the chances of stone formation only in individuals who had others dietary factors influencing the same. This means, if two people have the same diet, cola drinking does not increase the risk of developing stones in the kidney.

4. Milk drinking should be given up by those having kidney stones

Another no-brainer that owes its existence to the fact that calcium salt constitutes kidney stones. Studies have shown that while calcium from supplements might increase chances of kidney stones, natural calcium from milk does not lead to such development. A four-year study by Curhan, Willett, Rumm and Stampfer found that among men between ages of 40-75 years, those who consumed milk and other calcium-rich foods, had a 34 percent lower risk to kidney stones compared to men who consumed only half of that amount.

5. There are medicines and other substances that help to dissolve stones

Cleaning techniques make use of solvents and agents that help to dissolve the hardest of salts. So, it becomes difficult to think that the same cannot be done within the kidneys too. This is not completely a myth because one kind of kidney stones can indeed be dissolved. Patients who have cystine stones or uric acid stones in the kidneys can be aided with medication to dissolve the stones and ease themselves of the pain. In a majority of patients (80 percent), however, the stones in the kidney are either calcium phosphate or calcium oxalate. These cannot be dissolved by any medication.

6. The best ‘solution’ for kidney stones is drinking lots of water

Water definitely helps in reducing the risk of developing kidney stones and also prevents stones from growing in size. However, it is wrong to think that water is the only solution. Any fluid helps in reducing the risk. Previously, coffee and tea were thought to be risky for those suffering from kidney stones but this has been proved wrong; drinking tea and coffee actually helps to reduce kidney stone formation. Drinking cola and soft drinks have been found to have no impact on kidney stone formation. Thus, drinking copious amounts of any fluid helps the patient.

7. Lemon juice and olive oil help to lubricate stones and help in their quicker ejection

Many myths owe their origin to daily observations coupled with imagination. There are no studies which show that olive oil or lemon juice or any other home remedy helps stone pass. But, there are certain medicines that help in passing stones. The most commonly used one is tamsulosin which is marketed under the name Flomax. Alfuzosin, doxazosin, nifedipine and terazosin are other similar medications. These medicines relax the urethra muscles and thus help the stone to pass out easily without causing much pain to the patient. Studies have shown that such medications increased the chances of passing out stones by almost 45 percent.

This myth originates from the common terms in both these conditions. The similar sounding terms like urinary bladder, gall bladder and stones make one feel that there is some connection. The truth of the matter is that there is absolutely no connection. While kidney stones are formed in the excretory system due to oxalates and phosphates. Gall bladder stones are formed in the gall bladder due to the accretion of the different components of bile juice. Cholesterol is one of the main components of gall stones. The two conditions are totally independent of each other and are not related.

10. Cranberry juice is a good preventive precaution against formation of kidney stones

11. Nobody dies due to a kidney stone

Kidney stones are, in most cases, small in size. They are the size of ball bearings or marbles. In 80 percent of the cases, these stones are less than a quarter-inch wide and they pass out on their own through the process of urination. They cause minimal pain. This has led to the belief that kidney stones cannot kill a patient. But, there are cases where stones have grown to the size of 3-4 inches too. Such stones cause great pain to the patient. In some rare cases, they have also caused deaths. Thus, kidney stones, though not lethal every time, should not be neglected.

Vitamin C or ascorbic acid, as the name tells, is an acid and it helps in the dissolution of phosphate. This makes less phosphate available for kidney stone formation. Again, vitamin C increases the urine flow and thus flushes out salts that could otherwise form stones. It even lowers the pH of the urine, another beneficial method to reduce stone formation. Apart from these positive effects, vitamin C is essential to boost general body immunity.