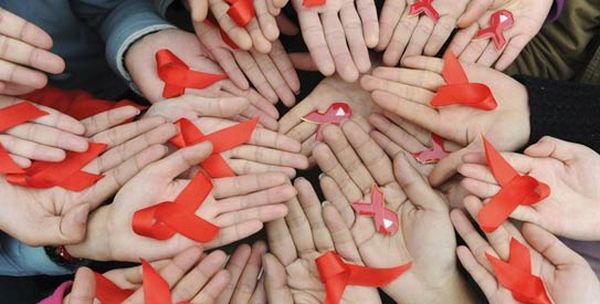 Bacteria and viruses have long been existent on our planet. In fact, it was Cyanobacter, a bacterium, that actually bloomed life on earth. These microbes have a magical instinct to grow, thrive and live on. This is the property which makes them best suited for life on earth. However, the same capability makes them exclusively lethal to other lives on the planet.

Microbes have an immense potential to wipe out races of population. In fact, in the past, there have been various pandemics, across the globe that have killed millions and millions of people. And, some of the diseases continue to exist till today clutching on more victims. The most impossible thing about these microscopic and ultra-microscopic beings is that they posses the capacity to mutate very fast in order to match their environment. Many diseases have become widespread in the recent past due to this very capacity. Listed here are ten most dangerous diseases that have haunted the human race since years.

A renowned killer worldwide, this disease is said to affect as many as one billion people on the planet annually. Death rates are high, especially in countries like Africa, where clean water is a tough luxury. Children and pregnant women, particularly, are more vulnerable to malaria. The female Anopheles mosquito carries one of the deadliest parasites on earth – plasmodium. As soon as it enters the human body, routed through the bite of the mosquito, it goes all the way to the liver where it multiples. Then the parasites make their march from the liver to the erythrocytes, that is, the red blood corpuscles (RBCs). Here, they complete their lifecycles and the adult parasites rupture the RBCs to infect other such RBCs. The ultimate cure – Quinine, is available but not everyone has access to it, making them the victims of this deadly disease. The death rates are as flinching as one million annually.

The next deadly one on the list is Acquired Immuno Deficiency Syndrome. Again, most of the people affected by this disease are Africans and particularly women. The contribution of liberal sex practices is what makes this disease so common in the third world countries and especially, their fair sex. There is still no cure for this virulent sexually transmitted disease. According to reports, AIDS has made approximately 30 million people its victim in the last thirty years.

Cholera claims thousands of lives on a regular basis. It is a water borne disease and attains a strong hold in all those regions which face acute water problem. This is not that dangerous, if detected in early stages. Though the disease has a complete cure available, it enrolls in itself an immense damage to the various organs in its victim’s body. The disease gained its roots in India around 200 years ago and still is not willing to stop. In fact cholera found its way also to Middle East where it is said to have killed around 30,000 people.

Taking its name from the Greek Language, it means hazy. Typhus is caused by a dangerous parasite that can actually make you go blurred. Fortunately, during World War II, a cure for this disease was developed. However, the disease still continues to remain active in some corners of the world. Typhus had once caused havoc in the ancient Greek city of Athens where it made a large number of people its victim.

Severe Acute Respiratory Syndrome, a disease caused by the SARS Cornavirus, created hoopla around eight years back. In comparison to other diseases, it didn’t tax a huge toll. However, SARS earned a name in books as one of the extreme diseases, much to the credit of the furious reporting of the media channels around the world. The disease accessed a quick entry to distant regions of the world through air travelers. Efforts of organizations like World Health Organization were quick enough to have brought a hold to the disease.

Popularly known as TB, the disease affects human lungs and thus tends to destroy tracheal activity. It is known that during the earlier years, the disease affected one among six people in France. Every year, TB kills as many as one million people on the planet. If this is not enough to scare you, every second around the world, someone or the other is being affected by this disease. There is a vaccine to cure TB, however, not everyone is fortunate to immunize their children with it in the earlier stages.

Claiming two million lives annually, Leprosy is a disease that has been a concern for health organizations across the globe. In earlier days, there used to be separate houses for those affected with leprosy to avoid its spread. With medical advancements, leprosy can be cured but one has to be quarantined for at least five to six years.

The good news is that Small Pox has vanished from our planet. But to tell you about its deadly nature – it had almost finished off the native American people in the earlier century. Also, as many as 60 million Europeans were its victim some time back. Prior to its fortunate eradication, a person contracting it, was sure to be a fatal victim because of the severe skin ulcers.

Not so much of a deadly disease, Measles still hunts a number of people in some parts of the world. It is estimated that as many as 7,70,000 people died of it around 11 years back. The human body can immunize itself to this disease when once contracted. Its vaccine was introduced in 1963.

The Spanish Flu outbreak spread with the end of World War I. But you would question, Spain was not involved in the War and the disease made its appearance in US? Well, Spain was the only country at that time which was covered by it and hence this name. Around one billion people were affected by this disease and as many as hundred million died.