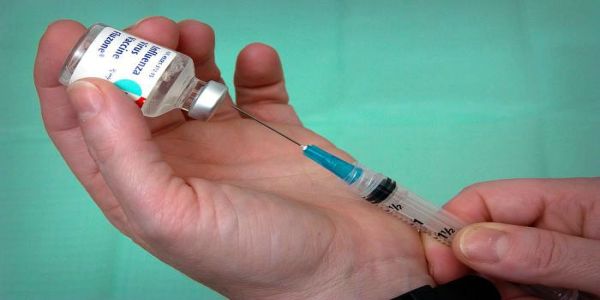 Tetanus is a kind of infection that spreads through a bacterium called Clostridium tetani. The disease causes very severe and painful muscle spasms and affects the nervous system, which can actually lead to death. The disease is also known as lockjaw as the jaws of a person tend to be stiffened and locked when suffering from this infection. The good news is that advent of tetanus vaccine has made this disease a preventable one. The widespread use of vaccine has made it a rare occurrence in USA. Hundreds Tetanus does not spread from one person to other, as is the case with most of the infectious diseases. The Clostridium tetani or tetanus bacteria is found in manure, soil, and dust. One is infected with it on sustaining deep wounds created by nails and knives; the possibility of an infection can also be due to a tiny scratch.

The symptoms of the infection often begin to show after a week of infection, but it can vary from three days to three weeks. The most common symptom of the disease is stiffening and locking of jaw from where the disease has derived its name lockjaw. Headaches also accompany lockjaw and make the situation unbearable for the infected person. As the poison spreads in the body, it gradually begins to attack more and more groups of muscles, which cause spasms in the neck, arms, stomach, and legs. Sometimes this also leads to forceful convulsions. The person feels restless and irritable and suffers from sore throat, sweating and high fever, and either high or low blood pressure. The affected person also faces trouble while swallowing food.

An effective vaccine against tetanus is now available and is given to children in a combination form with the vaccines of other two diseases called diptheria and pertusis in a shot called DTP. For complete protection, a child is given five DPT shots at specific intervals. The booster shots are recommended after every 10 years.

The DTP vaccine is made up of diphtheria and pertusis toxins that have been made nontoxic but they have the capacity to create an immune response in a human’s body. The DTP vaccine does not contain live bacteria of the disease.

Prevention in adults through tetanus vaccine

If as a child you were not administered any tetanus vaccine, then you should start with a three dose series which protects against tetanus and diptheria. This dose is given over a period of 7 to 12 months. People younger than 65 years of age are also administered dose against pertusis. This combined dose for adults is called Tdap. After receiving this primary dose, one can get a booster dose after every 10 years. You must have a tetanus shot as an adult if you did not get them as a child, did not have any booster dose during last 10 years, or have recovered from the disease.

Side effects of tetanus vaccine

Sometimes the tetanus shot can cause mild side effects like soreness at the side of injection, fever, headache or body aches, and fatigue. These side effects are not severe and it needs to be remembered that they are far less harmful than tetanus itself. So even if these mild side effects occur, do not panic.

A severe reaction is very rare but in rarest of rare cases can occur within minutes of being vaccinated. Symptoms may include itching or swelling of skin, respiratory problems, nausea, vomiting, diarrhea, low blood pressure, dizziness, and fast heart beat. If you face any of these symptoms after vaccination, immediately contact your doctor.

When not to receive the vaccine

Those people who had a severe allergic reaction to a previous tetanus shot in the past or have a severe allergy to any component of the vaccine should not get the shot. If you have a history of coma or seizures within a week after receiving tetanus shot that contains pertusis components, then get only Td vaccines. Talk to your doctor if you have a history of epilepsy or other nervous system problems, severe pain or swelling in the past after a previous tetanus vaccine, or a history of Guillain-Barre syndrome. You must get your Tdap shot after recovering from a moderate to severe acute illness.