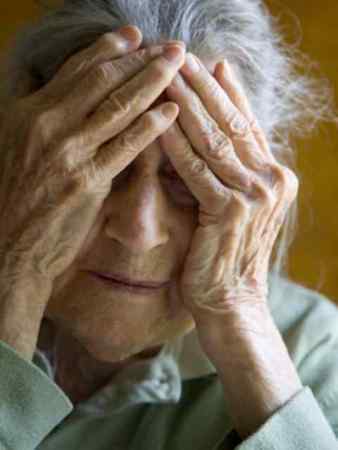 A form of dementia, Alzheimer’s disease is a loss of brain function which affects one’s memory, behavior and thinking. There are many myths surrounding the disease most of which are untrue.

Someone in my family has Alzheimer’s disease, I’ll probably get it too

When compared to someone without a familial link to Alzheimer’s, the fact that your sibling or parent has Alzheimer’s disease certainly adds to your risk of developing the disease. But it doesn’t imply that you will be diagnosed with the disease; rather, it just slightly raises the risk of being diagnosed with it. Moreover, only less than five percent cases of Alzheimer’s are caused due to gene mutations. Genetic tests are, however, available to identify gene mutations and possibility of the disease.

Alzheimer’s is an old man’s disease

Old age contributes to Alzheimer’s as a risk factor but does not cause the disease. It is beyond doubt that most people diagnosed with Alzheimer’s are over 65 years of age. In reality, once you cross the age of 65, the risk of developing Alzheimer’s doubles every five years. But on the other hand, a particular form of the disease called early onset Alzheimer’s, affects those as young as 30 years old.

After a certain point in life, we all start losing track of things. Memory decreases with increase in age. However, it is imperative that we learn to distinguish between a pre-occupied mind and memory loss.

There is nothing unusual or unnatural about forgetting small things that impact your day to day living like medications or names of people, provided that you get back to them after a while. Forgetfulness needs to be distinguished from memory loss. Inability to remember little things is a part of the ageing process, says a new research.

So when should forgetfulness start raising an alarm? The answer to this question is- the moment it starts affecting your thought processes. If you have grown to forget important things like names of loved ones or if the memory loss impacts your functionalities in more ways than one, then consult a doctor right away.

Each person diagnosed with Alzheimer’s reacts differently. Aggression from an Alzheimer’s patient is much less common than you may imagine. You may expect frustration or aggressiveness from the patient at times, especially when he/she begins to feel uncomfortable in a different and unknown environment. But you need not expect any violent outbreaks. As the disease advances, some patients even tend to be reserved or nervous. However, there are numerous approaches to manage the range of behaviors an Alzheimer’s patient may exhibit.

There is a cure for Alzheimer’s disease

Scientists and researchers are working towards finding methods for detecting and diagnosing the disease early and other ways to prevent the disease. A cure for Alzheimer’s has not yet been discovered. The effectiveness of various drugs, vitamins and food supplements is being measured against treating or preventing the disease. Results, so far, have been varied and uncertain. However, with the amount of progress made by the scientists, we can hope availability of treatments for the disease in the next few years.

During the 1960s and 1970s, research showed high aluminum levels in the brains of those who gave in to fatal Alzheimer’s disease. This prompted public fear about cooking and consuming food from aluminum pots and pans, exposure to antiperspirants, antacids and beverage cans. However, quite a few researches and studies on the link between Alzheimer’s and aluminum have not revealed any clear association between the two.

The symptoms of Alzheimer’s are reversible

It is possible to manage and deal with the symptoms of Alzheimer’s disease. Moreover, with an early diagnosis of the disease, it is more probable to slow down the pace of the disease’s progress and help the patient retain a good quality of life for a longer period of time through cognitive therapies, environmental cues and other medications. However, eventually, Alzheimer’s will progress. No cure has been discovered to reverse the symptoms of Alzheimer’s yet.

Most Alzheimer’s patients are ignorant and unaware of their symptoms

Normally, people who are in the early stages of developing Alzheimer’s, do realize, for most parts, that they are having trouble in remembering certain things or doing certain tasks. Even if they do not recognize it as Alzheimer’s, they will at least be aware of experiencing the memory lapses. The degree of this awareness differs from person to person, depending on which they may or may not be gently told about the disease. Self-awareness of symptoms may also bring about frustration, anger or withdrawal behaviors in the patient. But, as the disease develops further, awareness of the same is more likely to weaken.

Alzheimer’s is a preventable disease

With the cause of Alzheimer’s disease still unknown, there is no way to prevent the occurrence of the disease. The reason for the progressive failure of brain cells is sought after by many researchers and scientists. At the most, try and reduce the risk of developing the disease by being physically active, consuming healthy and fresh food, keeping a watch on your blood pressure and sugar levels and, most importantly, by being socially active.