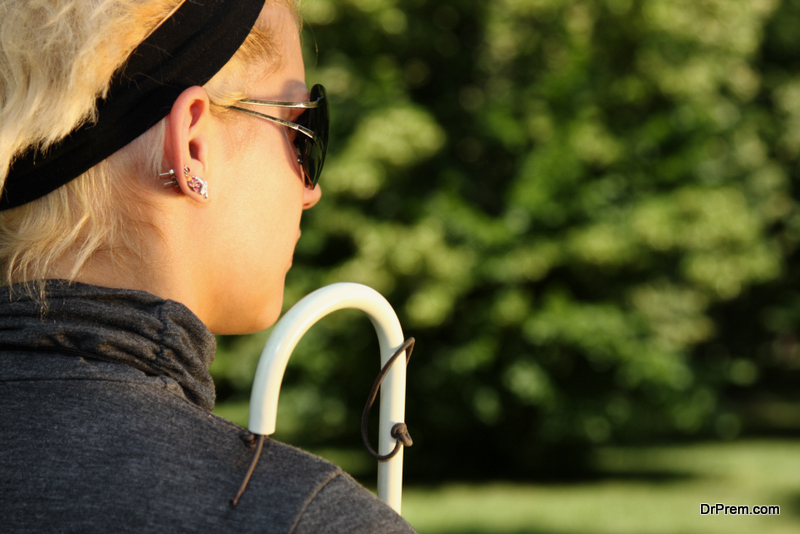 Losing eyesight is a fearful prospect. Unfortunately, millions worldwide face this gruesome possibility for a number of reasons. The World Health Organization estimates, nearly 285 million of the global population suffer from vision impairment of which 30 million are blind and 246 million have poor vision.

Where 80% of vision disorders can either be prevented or cured, is there any permanent cure for blindness suffered by the remaining 20%?  Can bionic eyes or gene editing help to get back eyesight? Given the appreciable advancements in ophthalmology, how far are we to achieve a permanent cure for vision loss? 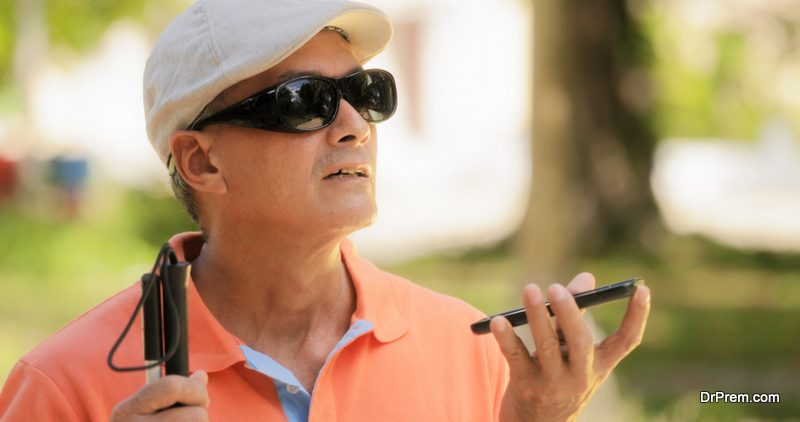 Visual impairment, by and large, is caused by refractive errors (43%) or cataracts (33%). Myopia, hyperopia and astigmatism are common errors caused due to improper cornea and lens curvature. Treatments for these are readily available. Problems with cataracts can also be resolved with sophisticated surgical procedures.

20% of vision impairment that leads to permanent blindness results from a range of conditions. Such incurable conditions are:

Of these, macular degeneration caused due to aging is the prime cause of blindness in the world.

Significant advancements towards a permanent cure for blindness: 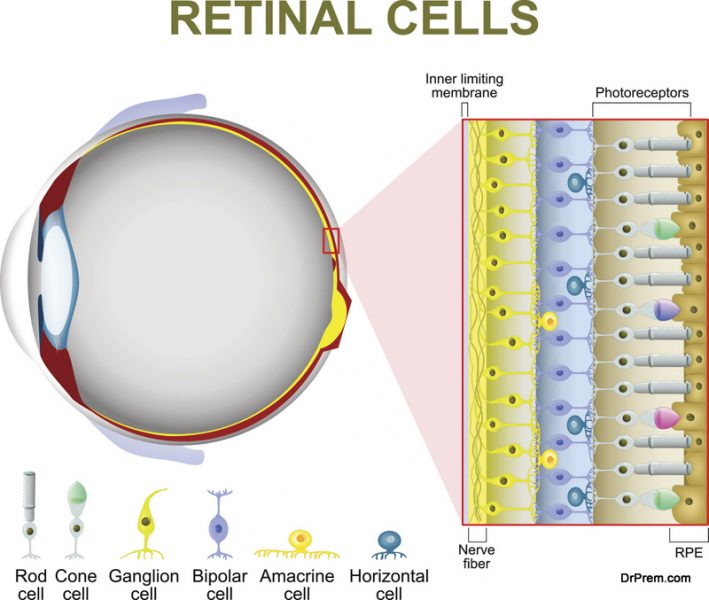 A specific genetic mutation is responsible for retinitis pigmentosa. Therefore, if healthy retinal cells from another person can be grafted in the patient’s eye, the new cells may dominate mutating cells that can either stop or slow down degeneration. But the process carries a high risk of rejection of the donor’s cells by the acceptor.

With improved gene editing technique using CRISPR/Cas9 tool, it is possible to snip the unwanted portion of the gene resisting the inheritance of genetic disorders. In a recent study published in the journal Nature, researchers have successfully applied CRISPR gene editing to eliminate the mutation.

A rare type of genetic mutation caused in RPE65 leads to severe vision impairment.  In gene therapies, a virus carrying an un-mutated gene is injected into the affected part. The virus targets the DNA of the host cells injecting its own DNA.

The host cells fast replicate the DNA of the virus which in this case gets replaced by the healthy DNA that spreads all over the eye. It will repair the mutation and may lead to a permanent cure for blindness. Gene therapy for retinal dystrophy received FDA approval and in the coming years, one may see many instances of this treatment used to treat other genetically inherited eye disorders.

Scientists are looking at the possibility of reprogramming the eye’s own cells in treating retinitis pigmentosa that may show another way to the permanent cure for blindness. Recently, scientists of the National Eye Institute discovered a new technique where Muller gia cells of the eye (alternatively known as retinal glue) can be reprogrammed to act as photoreceptors.

These cells form a connection between neurons of the eye contributing to vision power. The study was conducted on mice born blind and the reprogramming improved the function of rod cells enabling them to see in low light.

Replacing the entire eye with a bionic eye brings new hopes to a permanent cure for blindness. The invention of the prosthetic eye was revolutionary that received FDA approval in 2013. In this, one of the patient’s eye was replaced by the Argus II Retinal Prosthesis System.

The patients wear special glasses with in-built cameras able to capture light and convert them into pulses. These are then transmitted to the bionic eye Argus II that taps the pulses to the retinal cells.

The signals then processed by the brain help people to see different shapes and forms and even identify the outlines of their closed ones. During clinical trials, people with prosthetic eyes showed improved control of their day-to-day activities.

In a notable breakthrough, The Bionic Institute in Australia created a prototype bionic eye to restore vision. They performed their first eye transplant in 2012 on a female who could see flashes of lights right away. The institute is now working to create different shapes to fit different ocular cavities.

Doctors in a hospital of Colorado in 2015 also created a bionic prototype in which a microchip was inserted into the retina of a retinitis pigmentosa patient. A pair of glasses was used simultaneously that transmitted the video to the microchip which stimulated the optic nerve to send visual signals to the brain.

The patient can see faint shadows and outlines but that cannot be called a permanent cure for blindness. Bionic eye also helped to restore vision of a British patient suffering from macular degeneration in 2015.

The future prospect of eye prosthetics is highly encouraging. But the extremely high cost of the device is a big barrier to its widespread application. According to the estimates put by the WHO, nearly 90% of the world’s vision-impaired population falls into the lower economic bracket. 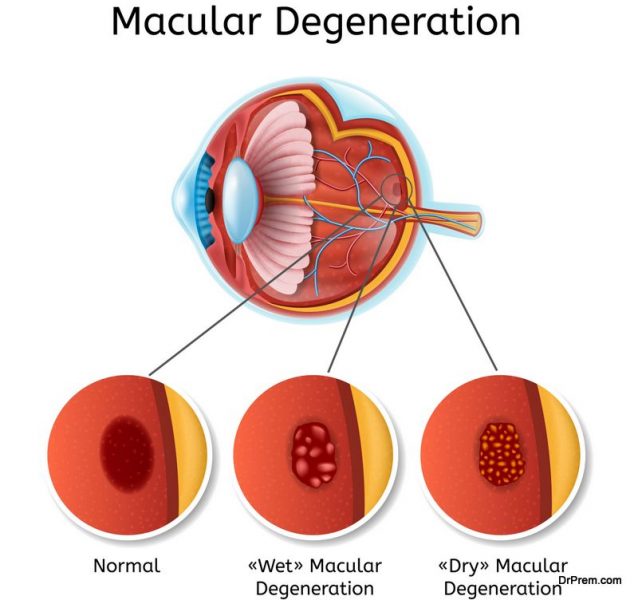 A recent study has brought in some hopes to treat this condition. Alu RNA, the villain molecule behind the dry macular degeneration has a common requirement to that of the enzyme reverse transcriptase in HIV. It was found that anti-HIV drugs that meet this condition can be utilized to treat the dry form of macular generation.

Glaucoma is another leading cause of blindness. Though medications for this condition are available but side effects and failure to stick to the medication schedule have prevented patients in achieving complete recovery in many cases.

A new form of the contact lens can make this medication simple and more effective. The nano-diamonds embedded in the contact lenses bind with timolol maleate, a common medicine for Glaucoma and helps in automatic administration of the medicine.

As tears interact with nano-diamonds, it facilitates the release of timolol maleate which over time helps in controlling the disease. This mechanism of medication significantly reduces the side effects as well. 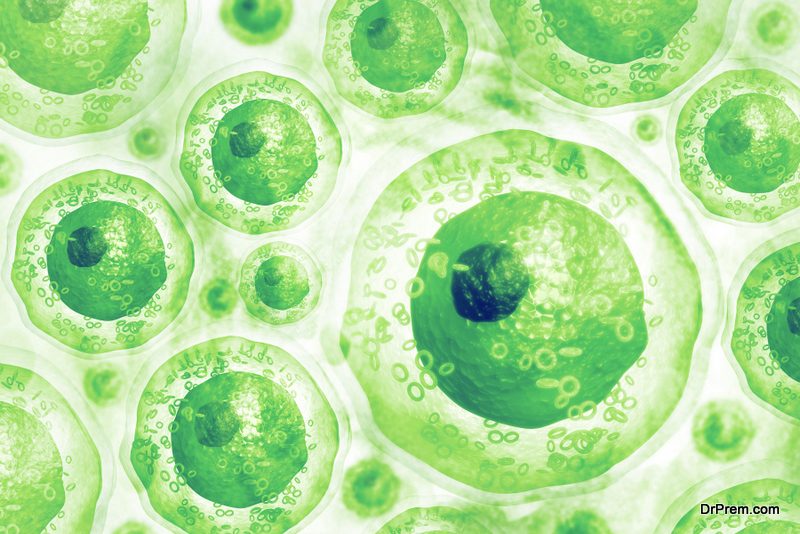 Specialists at Mayo Clinic are working on the regenerative approach to growing stem cells from the patient’s own tissue that may soon help in restoration of lost eye-sight. New retinal pigmented epithelial cells can be regenerated from embryonic stem cells that can nourish visual cells and help in light absorption.

The cells could be then transplanted to the patient with impaired vision. Researchers are facing difficulty in regenerating these cells and transplanting them successfully into the retina.  Previous studies with mouse showed that this new technique worked where the transplanted cells got fully integrated into the retina restoring the vision of animals.

Permanent vision loss is a curse having a significant impact on the person’s daily life. Thanks to the rapid medical advancements that are making us think that vision-impairment cannot be as absolute as it was previously.

Hot and cold foods: A guide to Ayurvedic diet