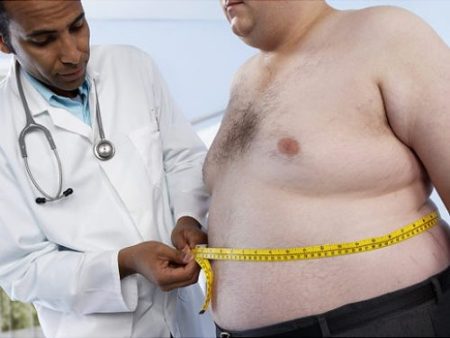 The presence of excessive body fat in the body is obesity. Being obese is not the same as to being overweight. Revolving obesity, their are several myths prevalent worldwide. Mentioned ahead are the popular myths about the condition along with the respective facts.

Obese people are always at a great risk of weight-related deathThe popular myth that people who are overweight have is that they are all at a higher risk of weight-related death. This however bears absolutely no such evidence. There’s no obscurity that obese people are vulnerable to certain diseases, but studies have revealed no straight correlation between weight increase and death. Although the analysis showcases that relative risk of death among obese people is considerably higher than people with normal weight, it’s not true for all cases.Body Mass Index is the most reliable, accurate indicator of obesityEven though Body Mass Index helps determine an individual’s body statistics and weight status, it might not be accurate under all circumstances. Since it does not consider an individual’s muscle versus body fat ratio, BMI is not always the most accurate, dependable indicator for obesity and overweight.Being fat is worse than being thinThis is another widely held belief among people all over the world – an insight into the fact might leave, however, many shocked. The risk of death from a significantly low BMI, in fact, is greater than that from a high BMI. It may throw a curve over many but skinny people die more for their weight than people who are overweight.If you are overweight, you cannot be healthyNot many people would realize, but the overall good health has more to do with fitness level and optimum strength than with weight. According to the Director of the Yale Center for Eating & Weight Disorders, an individual can still be healthy and bushy-tailed with a lot of weight while some people are not so healthy despite being skinny.Body fat is bad for youPeople customarily tend to think that body fat is hazardous for health whereas the truth vows to differ. In fact, the absence of body fat can result in weak bones, impaired cognitive ability, risk of heart attack, and inability for organs to function properly. Thus, what really matters is what type, how much, and where the fat is stored in an individual’s body.Skipping meals everyday can help lose weightOne of the most common notions – skipping a meal per day enhances the overall health and help lose weight – holds no true. On the contrary, eating three meals per day can, in point of fact, help to stave off overweight. From the studies’ perspective, skipping on meals lessens the functioning of metabolism and may thus hinder adequate body execution. Also, skipping meals may induce the sufferer to indulge in binge eating later – thus introducing unhealthy dieting and eating habits.Obese people eat more than non-obese peopleThis may again surprise many – according to a study conducted way back in 1979, 19 out of 20 studies revealed that people who were overweight used to eat the same or less than those with normal weight. The study did disapprove the perspective that overweight people are heavy because they gulp down more.Overweight people are emotionally unstableOverweight people are not stable emotionally has rather been supported by certain studies, which revealed that obese people have no more or less emotional problems than people with normal weight. Rather, the level of adjustment and personality in obese people appeared to be absolutely normal despite having had to deal with social pressure against them.Obesity in women over time is a part of natural agingThough metabolism in body may change with time, gain in weight by more than 20 pounds is not normal and should not be considered as a part of the natural aging process. In fact, the misconception might actually increase a woman’s risk for overweight related diseases.Overweight is caused from eating disorders or uncontrolled eatingThis probably is something that almost everyone swears by. However, the truth features a different picture. There’s no doubt that people who gain weight in excess have been indulged in binge eating but overeating is just not the sole reason. Studies have shown that people who continue to eat and fail to introduce exercise or any physical activity in their lifestyles eventually tend to suffer obesity.Society does not value obese people, prefer thinness as the standard of beautyLastly, the widely spread misconception that the society does not appreciate obese people and find them unattractive is no longer true. As standards of beauty have been changing with time, more and more people have now started finding larger bodies quite attractive.