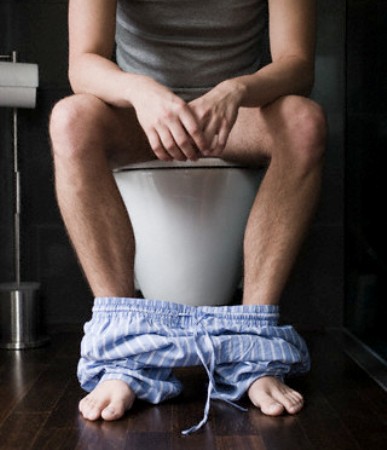 You should give rest to your bowels when suffering from diarrheaThis is a very common myth but one which should be ignored. Many experts in the medical field believe that a person recovers faster from diarrhea when he/she keeps eating the right kind of food. Foods high in fiber are helpful in shortening the span of diarrhea and, hence, you should consume more of rice or carrot soups, tapioca puddings, etc. The consumption of sugar should, however, be reduced. You should eat the food frequently, but slowly instead of gulping them down. BRAT foods, derived from the initials of banana, rice, applesauce and toast, are also said to be a suitable diet for a diarrhea patient, especially during the first day of the disease. Thereafter, you can and should return to a normal diet only after making sure that the diet doesn’t contain any item to aggravate the condition. Though you may not feel like eating food while suffering from diarrhea, fasting may not be a good idea to fight it. As per the American Academy of Pediatrics, children suffering from acute diarrhea should not have an empty stomach for more than 24 hours. Kids should be given food every 3-4 hours or around five to seven times a day when suffering from the disease.Teething may lead to diarrheaThough this myth has been circulating for quite a long time, there is no evidence or study to support or validate it. In fact, pediatricians would tell you otherwise. Teething causes a lot of other problems in babies like crankiness or irritability. But, diarrhea is not caused by teething and if it occurs during the same time, parents better take advice from doctors instead of considering it as a normal consequence of teething.Fiber is good for constipation, not diarrheaFiber is good for both constipation and diarrhea. The only thing that you must know is which type of fiber is helpful in eradicating which problem. There are two kinds of fiber: soluble and insoluble. While soluble fiber makes stool harder by absorbing water in the intestines, insoluble fiber does just the opposite and makes stool loose and easy to pass through. You will find insoluble fiber in whole grains, wheat bran, skin of raw fruits and vegetables. But, in diarrhea, soluble fiber would help you regularize or normalize your bowel movement. Peeled fruits, oat bran, beans, peas and cooked vegetables are good sources of soluble fiber that is good for diarrhea.Clear liquids are helpful in diarrheaThis is probably one of the most common advice given to a diarrhea patient, but sadly, it is incorrect. Clear liquids such as teas, beverages and clear broths are mostly low in needed nutrients, which are essential for infants and children, and thus increase the time span of diarrhea. Apart from that, these liquids usually are either too high or too low in sodium, high in sugar and low in potassium. None of these are good for diarrhea. But, the biggest setbacks may be caused by sugar in a diarrhea case. Sugar passes directly through the body and draws salt and water from the body along with it, thus increasing vomiting. It also draws more water in the intestine causing stool to become more loose and advancing diarrhea. Sugary solutions are not only dangerous for kids and infants with diarrhea, but it has actually caused many infant deaths. Diet drinks, on the other hand, do not have any nutrition and derives the patient from the necessary nutrients when the person needs them the most to fight the disease. Instead, a diarrhea patient should be given starchy liquids like thick soup made from rice, corn, potatoes or wheat. Such liquids stop vomiting and help speedy recovery from the disease.Pepper aggravates diarrheaIt has long been believed that pepper promotes diarrhea. This myth was supported by both common folklore and medical studies. But, new studies made by the gastroenterologists of Our Lady of Mercy Medial Center in Bronx, New York, show that there is hardly any truth to this myth. In fact, the research done on the subject says that pepper actually has a tendency to slow down bowel movements. However, this doesn’t make pepper a remedy to diarrhea, but at the same time pepper does not seem to be harmful for the disease.Diarrhea is a sign of an infection and you should let it run its course to remove the bugAn infection is mostly the cause of diarrhea, but not always. It might be a result of some disruption of your digestive system. Even when it is caused by an infection, no proof has been found that can support the myth that diarrhea helps the body get rid of the bug that caused the infection. Treating diarrhea does not increase the time span of either the infection or diarrhea itself. Rather, it can help you get relief from the diarrhea faster and restore your health and normal lifestyle.Diarrhea caused by stomach flu can be prevented by flu shotsFlu shots are given to prevent seasonal flu or influenza. Influenza is a disease of the lungs and airways, and causes symptoms like fever, body ache and ill health. But, diarrhea is usually not caused by the influenza virus. Stomach flu, on the other hand, is another name of viral gastroenteritis which occurs due the the influence of various kinds of germs. Stomach flu may lead to diarrhea too. But, as the bug of seasonal flu and stomach flu are different, the shots that are given to protect you from influenza virus are of no help to prevent stomach flu. Thus, flu shots are basically of no help and are also not related in any way with diarrhea.