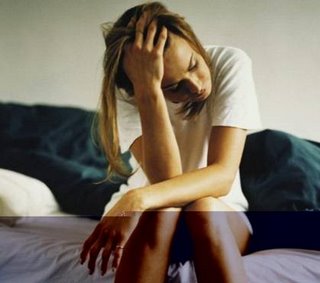 If you’re facing severe fatigue which doesn’t seems to go even after taking sufficient rest, you might be suffering from Chronic fatigue syndrome. It’s not directly related to any other medical conditions or your day to day exertion. Here are a few more myths and realities debunking them.

Chronic fatigue syndrome, or CFS, is an illness that is named after its primary symptom, i.e., fatigue. In fact, fatigue is not a word that describes the extent of lack of energy and exhaustion in the patient. CFS has a big list of symptoms like pain, sleep disturbances, concentration, and coordination problems, etc. Fatigue is just one of these many symptoms of the disease and not the problem in itself. But, due to the name that has been given to the illness, not only is the disease underestimated but people suffering from it are not really taken to be sick by others. Other people think that the sufferer is making a big deal out of something that is a regular issue and are unable to gauge the seriousness of the illness. The whole myth and perception is contributed by the name of the disease.

The fact is the opposite of the myth. Increased physical activity, exercise, or pushing a CFS patient to get out or do things to ‘snap out’ from the disease can actually lead to worsening of symptoms and the illness too. The disease sucks out all the energy to perform tasks, even mundane ones, and hence, causes extreme level of fatigue. Therefore, forcing the body to do things only results in further loss of energy which aggravates the problem.

CFS is a rare disorder and mostly occurs to yuppies

Myth has it that CFS occurs mostly to white collar individuals belonging to higher income groups. But, studies on the subject say otherwise. It has been found that the disease occurs in all income groups in almost the same numbers, if not more. The disease is also found more commonly in Latino and African-American minority groups. As for the disease being rare, studies have found that in the US alone, around 800,000 to 1 million people get affected by the disease, making CFS one of the most common chronic health disorders.

CFS is a psychological disorder and is another form of depression

CFS is not a psychological problem but a health disorder. Many biological signs of an organic disease have been found in CFS that prove that the disease is not psychological in nature. Abnormalities in the immune system, improper or inefficient brain functioning, infection reactivation, along with signs like sore throat, low fever, etc., state clearly that the disease is not one of those ‘all in the head’ type. The disease is related to immune system responses or infections. Also, it has been found that around 60 percent of CFS patients never suffered from any psychological problem or depression before falling prey to CFS. However, a good number of CFS patients suffer from depression after the onset of the disease. Along with that, facts like exercise is good for depression but bad for CFS simply rule out the possibility of CFS being another form of depression.

CFS is a disease of women, especially middle-aged women

It is true that women make for a big percentage of the patients and a good number of female sufferers of CFS belong to the 40-60 years age group. But, that doesn’t make CFS a women’s disease. It has been found that around 20 percent of the patients of the disease are men. Also, the disease can occur at any age. Children as young as four years old to adults of around seventy years of age have been found to be suffering from CFS. Teenagers of both genders can also be affected by the disease.

CFS is a minor disease, it is not fatal

Cognitive behavior therapy is often used and might also be helpful for patients suffering from some chronic ailment, whether physical or psychological. Similarly, it can also be used for CFS patients. But, cognitive behavior therapy is no more helpful than helping the patients of CFS learn to deal with the symptoms and possible consequences of the disease better. Though, the treatment technique might help a CFS patient remain positive and hopeful and adjust to the changes in life, it does not help to cure the disease.

Even if the disease is not a rare one, sufficient knowledge about the causes of the disease have still not been found. Therefore, no particular treatment has been discovered to treat the disease. However, knowledgeable medical professionals use a number of techniques that often help patients of CFS get some relief from the symptoms of the disease. Many patients also get cured completely.

CFS is a new disease

No, it is not a new disease. It has always existed, it is just that the name of the disease was different during different periods. Earlier, the disease was identified through names like chronic EBV syndrome, Florence Nightingale Disease, post-viral illness, chronic fatigue and immune dysfunction syndrome, myalgic encephalopathy, myalgic encephalomyelitis and neuroendocrineimmune disorder. It was also known as ‘neurasthenia’ from late 19th to early 20th century.

Myths about Cold and Flu