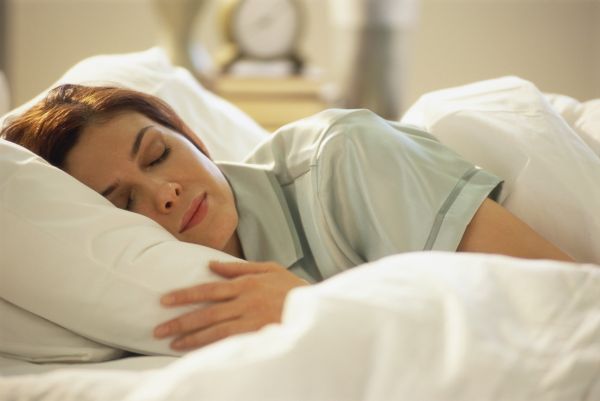 Sleeping is necessary for every human being. Sleep refreshes and recharges the human body and enables you to meet your next day’s tasks and challenges with increased vitality and vigor. However, many-a-times people do not get enough refreshment after their full night’s sleep. This condition is not medically sound and according to Dr. Michael Decker, a PhD and an Associate Professor at Georgia State University along with being spokesman for the American Academy of sleep medicine, sleep must provide refreshment and if tiredness and exhaustion persist even after having a full night sleep, then there is definitely something wrong going on in the body which the sleep deprived person is not aware of. A reduction in the quality of sleep has been directly linked to physiological disorders and diseases like increased glucose levels in the body, high blood pressure, and increase in inflammation that can cause strokes and heart diseases.

Dr Decker further adds that proper amount of time must be devoted for sleeping and the sleep quality must be enhanced. Here is a description of the most common factors, which can affect your sleeping duration and vitality.

Most people find loneliness related to heart and mind. However, according to a new study conducted, loneliness can also be an issue in the process of sleep.

This study was conducted in South Dakota in a sample population of 95 adults. As per the findings of the study, the people who thought and perceived themselves as more lonely had more fragmentation in their sleeping time, which did not affect the duration but profoundly affected the quality of sleep. A similar study conducted in the year 2002 among college students gave same results as the students who thought themselves to be lonely also had fragmented sleep.

According to the researcher of the study, Dr. Lianne Kurina, PhD, the feeling of being secured in the social environment is necessary for having a sound sleep for every person whether he is a senior living in rural community or a young student studying at a major university. She further added that the results of the findings could help in understanding how the psychological and social factors are able to “get under the skin” and affect the health of an individual.

A 1999 review article which was published in the journal sleep and breathing in the year 1999 pointed out that high altitude can affect the sleeping process adversely. This can cause disorders like frequent brief arousal, increased awakenings and marked nocturnal hypoxemia.

Dr Decker remarked on the situation in Huffpost

When you are at high latitude, the air becomes thinner, and when the air is thinner, the breathing is not regular which causes the brain to wake up from sleep in short intervals and results in disruptive sleep.

Dr Decker further pointed out that even though most people do not live on high altitude areas and are not regular mountain climbers, a percentage of population will definitely have fragmented sleep if it tries to sleep on airplane or spends a few days on high altitude areas. The bright side is that there are medications available for such situations.

3. Sleeping with your pet

Sleeping with your pet is not good for your health. Veterinarian have already said that sleeping with pets can give your infectious diseases and as per Dr Decker, your sleep quality might also get affected adversely as they make noises which can disrupt normal sleep.

Decker says that the problem situation can be resolved by keeping the pets out of the bedroom or at least making them sleep on the floor.

According to Dr Decker, working in night shifts can also affect the sleep duration and quality.

About 14 percent of the American population works in shifts and according to a poll conducted in the year 2005 by the sleep foundation, this population faces disorders like disrupted sleep patterns, fatigue, and insomnia.

According to Decker, the same concept hold true for jet lag situations. While your brain prepares to go to sleep in the earlier time zone where it is nighttime, the body crosses the time zone and finds itself receiving new light. This causes dysynchronization in the sleep wake cycle, which might take several days to synchronize again.

Decker says that the night shift workers can stimulate darkness in the day by wearing eyeshade.

Many people have the habit of taking warm milk or taking a warm bath before going to sleep. According to Decker, this common wisdom has scientific roots as well. The temperature of the bedroom actually affects the quality of sleep.

In the evening the core body temperature drops, which in turn is a signal for the body to go to sleep. A warm bath or consumption of hot liquid as milk can rise the core temperature again which when drops provides the body cue to sleep.

Too cold rooms are also not good for sleeping and according to WebMD the normal range should be somewhere between 65-72 degrees Fahrenheit. Optimal temperature variation is also found with different individuals.