Avid smokers who try to part ways with the cancer stick face a plethora of psychological and physical challenges. What nicotine withdrawal does to you in the first place is trigger a series of headaches, anxiety and nausea related issues. The person feels a heightened urge for tobacco and cigarettes. This is what goes to make quitting cigarettes a tad more difficult. Nicotine, an addictive drug found commonly in tobacco, creates a sort of chemical dependency. 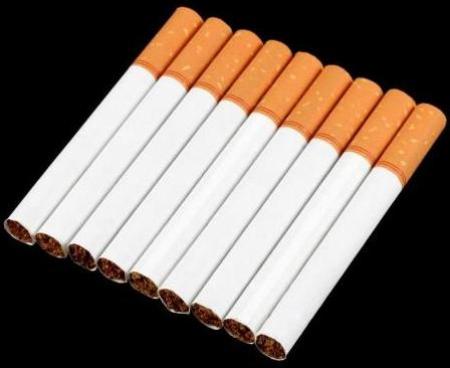 The human body starts developing a need for certain levels of nicotine. A person willing to quit cigarettes for good should make sure that the level is lowered. The symptoms might look unpleasant at the outset, but are temporary in nature. Many of the symptoms peak within forty-eight hours of quitting cigarettes and will take around six months to disappear completely. Our plan will address all the above issues to help you lead a nicotine free, healthy life.

Soon after you quit smoking, blood circulation begin to improve. The blood pressure becomes normal. In the long run, the decision to stay away from the cancer stick makes your chances of having a long life greater. It also reduces your risks of contracting cancer-related diseases. 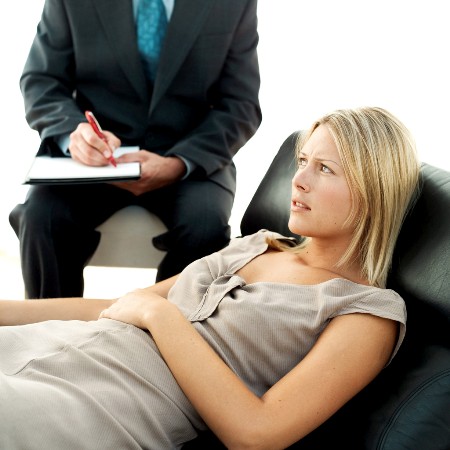 So what are the immediate challenges a person is likely to face even before he gets on with his plan to quit smoking? In the first place, it makes us feel or behave like an infant all over again. There would be long series of intense needs and temper tantrums. Additional symptoms include feelings of irritability, vagueness or anxiety. While quitting cigarettes may come with a series of mental and physical symptoms attached, these problems are indeed worth nothing when compared to the larger consequences of continued smoking. Within days of quitting cigarettes, you blood pressure drops to normal. You start moving away from the risks of stroke. Two to three months after quitting, you blood circulation improves. This is what prompts a majority of smokers to quit. If you have decided to lead a smoke-free healthy life, here are a few strategies worth considering.

3. Seek the advice of family and friends: Every family accounts for a single member who had stopped smoking after leading a good part of his or her life being a cigarette addict. Look for such people in your family or circle of friends and discuss the strategies they had followed in quitting smoking.

On the very first day, all that you are likely to face is a strong craving for cigarettes. Once you are at it, a single cigarette might puncture the plan. Hence, here are a few things worth remembering on the first day of your “quit smoking” agenda

The goal: Your first goal lies in fighting off the urge to smoke a cigarette. 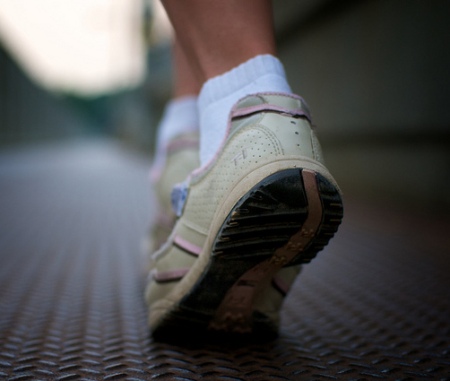 The strategy: Start preparing early. Go to bed earlier than usual. A good night’s sleep will prepare your nerves for the tough challenge ahead. If possible, go for a walk before you hit the bed. If the cravings keep returning on the next day, remind yourself of the mission’s multiple benefits. Try and practice deep breathing after you wake up. Put a sugarless gum into your mouth or grab hold of some snacks. Be sure to drink at least three glasses of water on the D-day. Avoid encounters with people who smoke, especially during mealtimes. Post-lunch, go out for a short walk. Call up people you know who are also trying to quit smoking. If the very sight of a cigarette stick tempts you, carry the copy of an article about the good sides of quitting cigarettes wherever you go.

Day two of the plan is more or less the same as the first. Although you cannot expect breathing problems to show much improvement, heart beat will become steadier. Among psychological challenges, you might experience some irritability today. The craving for cigarettes, nonetheless, remains strong.

The goal: You must not waver from the decision to quit cigarettes. This, in brief, should be your prime goal for the second day. You spent an entire day yesterday without cigarettes and it took some effort. Hence, make sure that you do nothing on day two to ruin the results of day one. 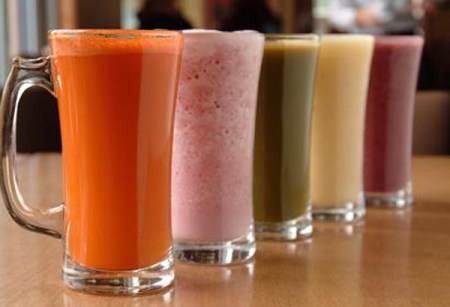 The strategy: Start the day by reminding yourself all over again, “I chose not to smoke and will stick by that.” The first twenty-four hours may not have been easy, yet you managed to accomplish what you were aiming at. Rub your face with a wet towel with slow gentle movements. This is to get the blood moving. For breakfast, stick to fruits again. Whenever you feel a strong urge for cigarettes during the day, try drinking a glass of fruit juice or water. Try and avoid breaks between the work schedule. In case there is a mild headache, use pain relievers like acetaminophen or ibuprofen.

You have just managed to pull an entire week off without touching the cancer stick. However, this is not the end of the road for you. On the seventh day of the plan, your complications are likely to double. The bouts of depression, anxiety and irritability have become regular now. The nicotine pull is more irresistible than ever. This is because, over the years, the drug has rewired the brain’s reward system in such a way that a week without nicotine feels like ages.

The goal: The prime aim is to seal the distance you have developed from cigarettes. Hence, throw every piece of belonging away that reminds you of cigarettes. This is the time when the cravings are stronger than ever. A single cigarette against a week without cigarettes may seem like nothing at the outset. However, a single cigarette is all it takes to ruin the effort. 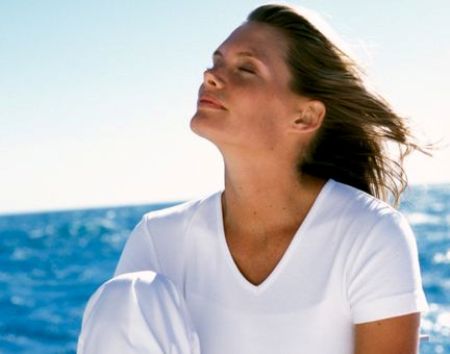 The strategy: Start by relieving some of the emotional energy building up inside you over the cessation. In order to give your spirits the much needed boost, take part in sports activities. Go for walks as frequently as you can. After years of inhaling the nicotine-high smoke, a bout of fresh air is what you need at this point.

By this time you actually start realizing the difference between smoking and quitting. The symptoms of withdrawal are nearly over. The urges have all but subsided. Research shows that lung function increases considerably after two weeks of quitting the cancer stick. A few people, however, tend to gain weight some fourteen days into the ‘no smoking’ routine. This is primarily due to shifts in the dietary regime.

The goal: For the next fourteen days or so, your focus should remain on learning more about the benefits of quitting. 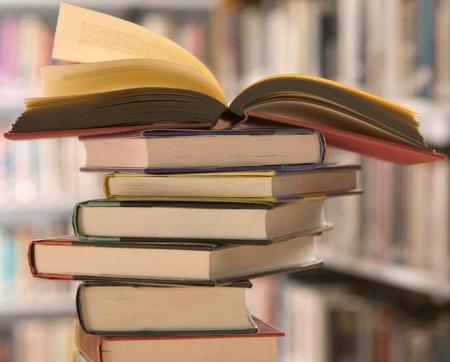 The strategy: Education makes quitting all the more easier. The question is how? With ample knowledge of the bumps we are likely to face in the road our journey becomes simpler than expected. Hence, spend the next few days doing nothing but reading as much nicotine related stuff as you can grab hold of. In the meantime, maintain the same routine you had followed for the last two weeks.

You have managed to stay away from cigarettes for thirty days at a stretch. The feat is worthy of accolades. However, not many people are aware of your recent achievement. Hence, it makes sense that a few of them, familiar with your “chain-smoker” self, are likely to offer cigarettes. You might also experience phases of depression and anxiety. On a brighter note, your breathing is likely to improve after a month of quitting cigarettes. Sinus congestion is another area that might show significant improvements.

The goal: The period is fraught with psychological symptoms of every nature. A few of them might prompt you to start smoking all over again. Hence, instead of staying depressed all the while, try and find ways of fighting the depression and anxiety. 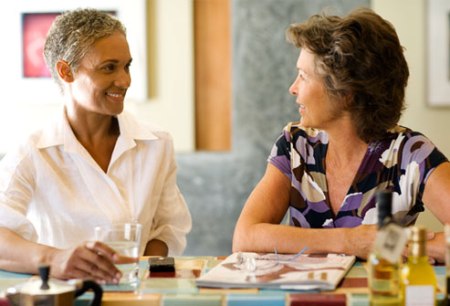 The strategy: Take Rx-Hale tablets daily in order to reduce the cravings for nicotine, prevent weight gain and control appetite. Whenever you experience bouts of agitation or restlessness, consider taking Triple Complex Nico Tonic Tablets. Seek the company of a family member or friend who has stopped smoking. Be sure to have the person around whenever there is a craving for cigarettes.

You deserve to be congratulated for making it this far. However, the healing process isn’t over yet. Even three months after stopping the use of cigarettes, many people are still left with the urge to light the stick. The cravings make you feel sad and edgy. However, in most people, blood circulation shows signs of improvement by this time. And the best part is, you no longer smell like a sack of tobacco leaves!

The goal: Half the battle against nicotine is won. Now is the time for active damage control. Smoking has not only impacted your health but also left marks on the way you look and appear. Be sure to remove these outward signs of smoking as soon as you can. 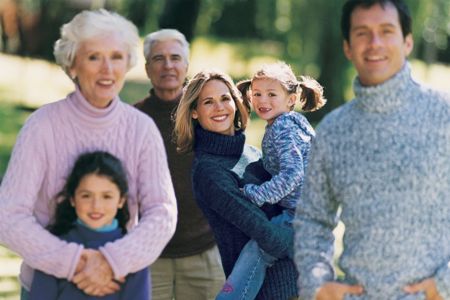 The strategy: Now that you have not raised a single cigarette to your lips in over three months, visit a dentist to get rid of those brown patches on your teeth right away. You can also consider spending more time with your family. After all, all of us have experienced situations where cigarettes had effectively triggered series of clashes at home. Hence, you should go out of you way to make amends for the effects this terrible habit has left on your family and physique.

Congratulations! You are an official non-smoker now. The side effects of quitting cigarettes have grown thinner. Above everything else, what six months of abstaining gives you is mental peace. Your family life has become easier and there are fewer problems on the health front now. 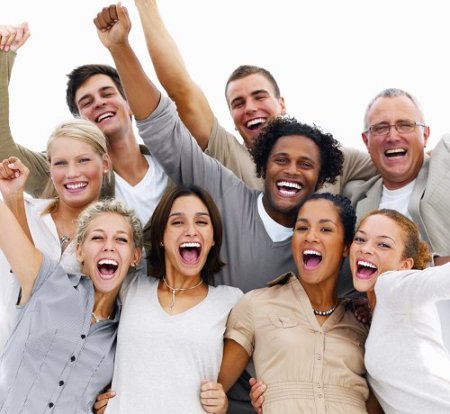 The goal: Six months without a single cigarette is something that not all smokers can achieve. Hence, you should focus primarily on maintaining the achievement.

The strategy: The best thing to do is join a spiritual exercise session. Now that you have finally severed all ties with the cancer stick, be sure to trigger positive changes in the way you think and behave. Moreover, you can join groups and inspire others to quit smoking as well.

Life after quitting smoking is challenging initially but rewarding in the long run. The immediate period following the six months program will remain fraught with a variety of problems you had faced earlier while trying to quit. Stress is invariably one of the greatest challenges that an ex-smoker is likely to face. For years, you had used cigarettes as mediums of dealing with stress. In battling the stress of the post-smoking phase, meditation, deep breathing and music therapy are a few important strategies worth considering.

Apart from stress, the urge for cigarettes is one problem that most ex-smokers find difficult to deal with. In fighting the urge, the first thing to look for is a distraction of sorts. Another important strategy is to sleep through the cravings, if at all you can make that happen. All the above strategies would require a degree of planning. What needs to be borne in mind is that you have overcome the biggest hurdle: that of quitting cigarettes. Hence, nothing you face now can outgrow the previous mission in magnitude and difficulty. So, here’s wishing you a healthy and smoke-free life ahead!