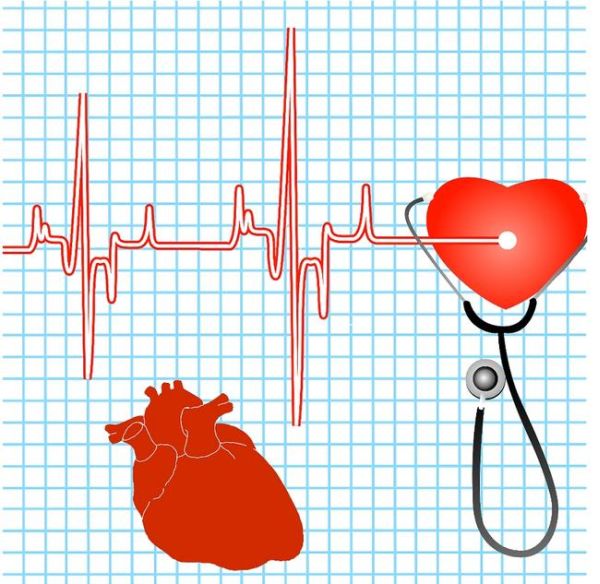 It is a well known fact that a regular diet of high fat foods and smoking can have an adverse impact on your heart but sleeping habits and moods of an individual also play a crucial role. Yet these apparently unrelated issues may indicate that heart trouble is just around the corner. If a woman has some problem in the chest but without other obvious risk factors, there are other complications like pregnancy issues and menstrual cycle as there are many other strong risks involved in it.

Most of the women don’t understand the link between the heart and reproductive organ, but estrogen is the main factor in cardiac health. Some of the risk factors involved in heart diseases are:

1. Sleeping habits
Bad sleeping patterns can have a negative impact on your heart. A research conducted in the year 2003 on more than 71000 women between the ages of 45 to 65 years showed that sleeping less than five hours per day increased the risk for coronary disease by more than 45 percent. And those who slept more than nine hours or more had 38 percent greater risk than those who slept only eight hours. It is a risk factor as too much sleep or very less of it can increase blood pressure and levels of stress hormones.

2. Depression
Depression is as strong a risk factor as smoking in many cases. It is the least known cardiac risk factor in the world. Women suffer twice in comparison to men from depression. One of the study found that postmenopausal women with symptoms of depression with no history of heart disease had 50 percent higher risk of developing heart disease than women without depression. The risk involved in it can cause abnormal heart rhythms, faster blood clotting, and elevated blood pressure. Also, depressed people are less likely to take care of themselves and more prone to unhealthy behaviors like smoking.

3. Dental problems
Research has shown that people who have coronary heart disease have 38 percent more chances of periodontal diseases than people without it. Some studies revealed that people with dental problems have greater cardiac risk factor than those individuals who smoke. While the risk factor related to it is not clear, the inflammation of the gums might result in the infection of blood vessels through mouth, which in turn reduces blood flow.

4. Irregular periods
If you have a menstrual history of irregular cycles, you may be at higher risk for heart disease. These irregularities that arise from polycystic ovary syndrome affect 5 to 10 percent of women and it increases your risk.

5. Diagnosed with autoimmune conditions
If you have rheumatoid arthritis or lupus, it means that you are at a higher risk of heart disease. According to one study women with lupus have five times more artery-clogging plaque than those people who don’t have this disease.

6. Feeling sluggish and tired
You may be suffering from anemia and new research has found that this condition may use a lot more than just your energy. Anemia affects more than 3.4 million Americans mostly women, occurs when red blood cells don’t have sufficient hemoglobin to carry oxygen efficiently from the lungs to other parts of the body. Lower hemoglobin levels increases the level of work that heart has to undergo, thereby wearing it out soon.

7. High risk pregnancy
If you have developed eclampsia or preeclampsia during pregnancy, you have a greater chance of coronary heart disease. Gestational diabetes also offers a women with higher risk of heart disease in the later stage of life.

8. Congenital cardiac disease
Earlier it was believed that heart disease from father’s family is the risk factor but according to a new study, women whose mothers had heart problems have 43 percent more chances of developing the same.

9. Consumption of steroids
Steroids or anti-inflammatories, generally are prescribed for lung conditions like asthma, as well as for autoimmune disorders such as multiple sclerosis. A study conducted in Netherlands revealed that the risk of atrial fibrillation was six times higher than those who take high-dose corticosteroids. The consumption of these steroids increases blood pressure, blood glucose, and lipids, thus increasing the risk of heart disease. Since these steroids can change potassium balance in the heart muscle, they may be the basic cause of atrial fibrillation.