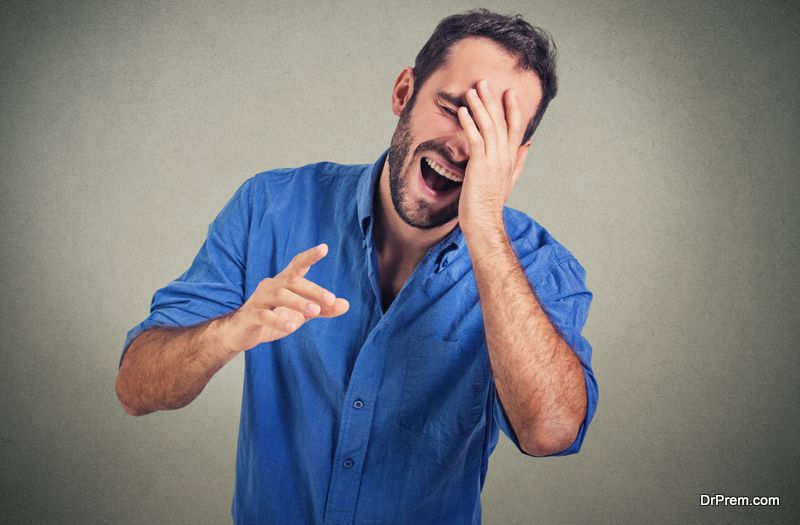 The saying goes laughter is the best medicine but laughing for no reason signals something else. Breaking into a sudden outburst of laughter is not only too embarrassing in front of others when there is no such apparent cause triggering such an emotional explosion.

For example, a person in the bank queue or a store suddenly starts laughing for no apparent reason. It may leave others to wonder what causes laughing fits. People may presume the person to be insane.

Crying is mostly mistaken as a case of depression and peals of laughter thought to be originating from states of extreme joy. But that may not be the case always. Unintentional and frequent laughter can be a case of pathological laughter. It is not triggered by any joke, mirth, humor or any form of happy expression. 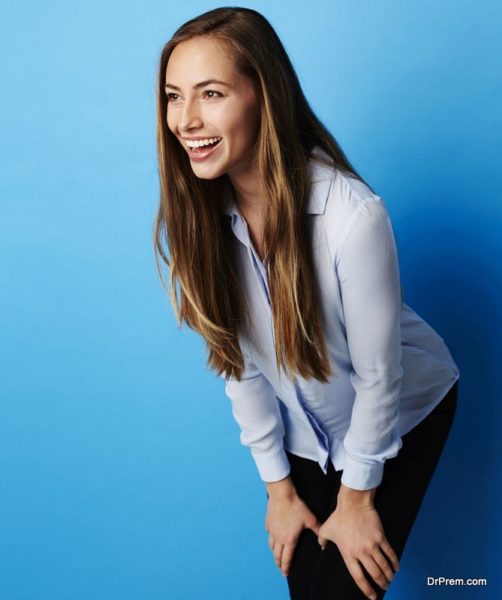 At least 1 million Americans show outbursts of unprovoked giggles, a response that doesn’t result from a happy mood but rather caused by a neurological disorder known as Pseudobulbar Affect (PBA).

Here the patient loses control over actions that are triggered by the brain. Not only the shock waves of laughter while engaged in delivering lectures or in ordinary conversation the patient of PBA can even break into fits of wail when there isn’t any incident or experience leading him to states of extreme sorrow.

Even PBA can be wrongly diagnosed as mood disorders culminating in strange responses. However, proper analysis and diagnosis will help to stop uncontrollable laughter. 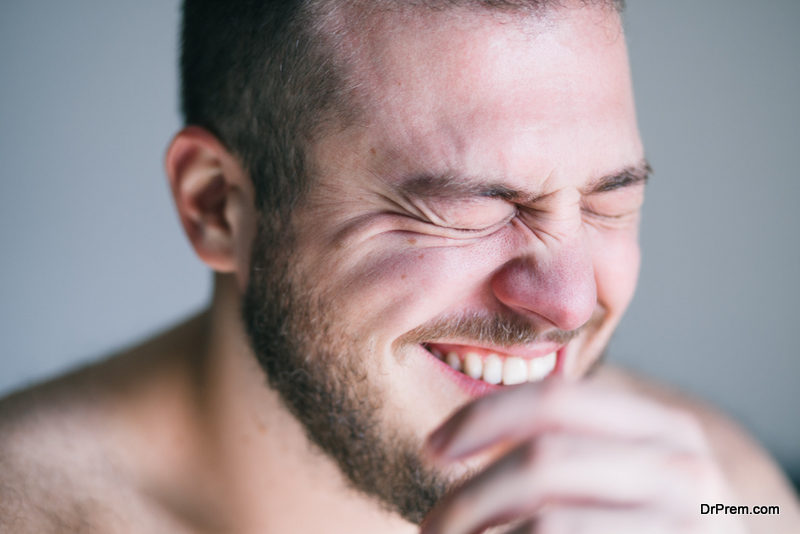 The common symptoms of PBA manifest in an exaggerated display of mental state, not at all connected to the underlying emotional health.  The classic signs of this disease are:

Need to see the doctor: 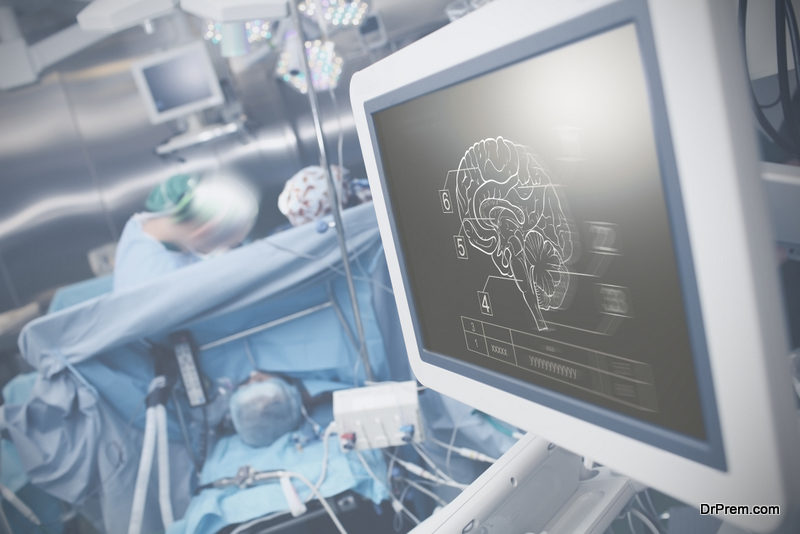 PBA must not be neglected and you should see a good physician having enough experience and credentials to diagnose and deliver a satisfactory treatment. It can be resolved by neuropsychologists, neurologists and psychiatrists.

Sometimes surgical procedures are required for the removal of brain tumors creating pressure on certain areas of the brain that causes uncontrollable outbursts of laughter and tears, an emotional manifestation that is socially not approved.

Surveys reveal that numerous cases of uncontrollable giggles and laughing for no reasons go investigated and unaddressed. For that matter, the patient himself and his family members do not feel it a necessity for checking with a recognized neurologist. PBA patients may eventually slip into the states of depression making the case even more complicated for a doctor to handle effectively. 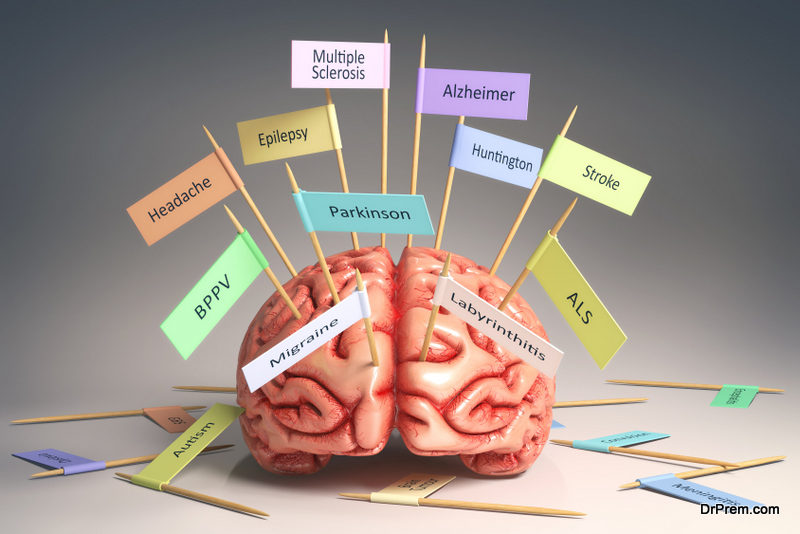 PBA has its roots in neurological disorders which might be the result of a deep trauma in certain sections of the brain.  Causes of laughing fits may have been tied up with some existing diseases like following:

It is held that the source of PBA lies in a lesion to the neurological route that controls and monitors the outward display of emotional undercurrents.  A glaring example of PBA and its dangerous fallout is the case of a naval aviator back in 1997. 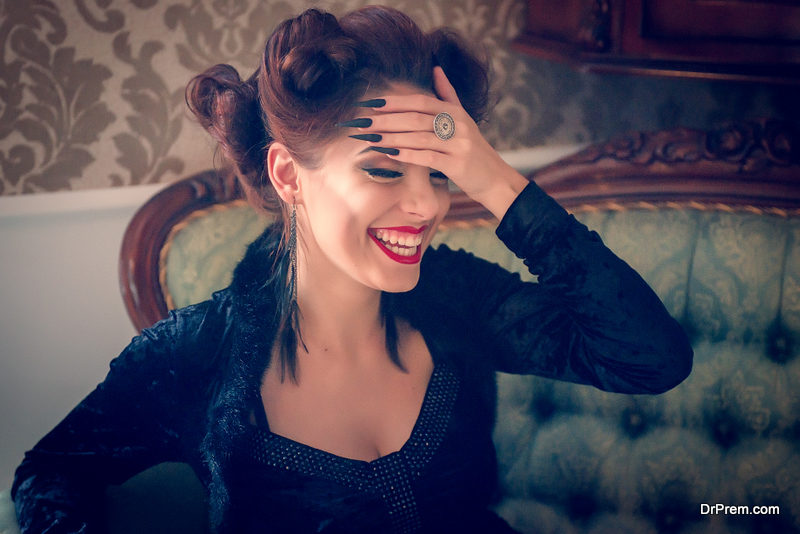 While flying he broke into uncontrollable giggles risking flight safety. The simple cause and effect logic of ‘stop uncontrollable laughter or else you will be killing everyone onboard’ did not have any impact on him since his actions were involuntary.

His mind failed to have a grip on it. The pilot through later studies was revealed a victim of gelastic seizure.  It is a form of epileptic seizure caused by the presence of an abscess in the hypothalamus portion of the brain.  The word ‘gelastic’ has its origin in the Greek word ‘gelos ‘ meaning laughter.

Dr. Solomon Moshe, the chief of pediatric neurology at Albert Einstein College of Medicine and Children’s Hospital at Montefiore observes that in kid’s gelastic seizure may be caused by tumors in parts of the brain other than hypothalamus as well.  Disorders in this vital engine of our nervous system may precipitate in both laughter and crying that comes in sudden outbursts. 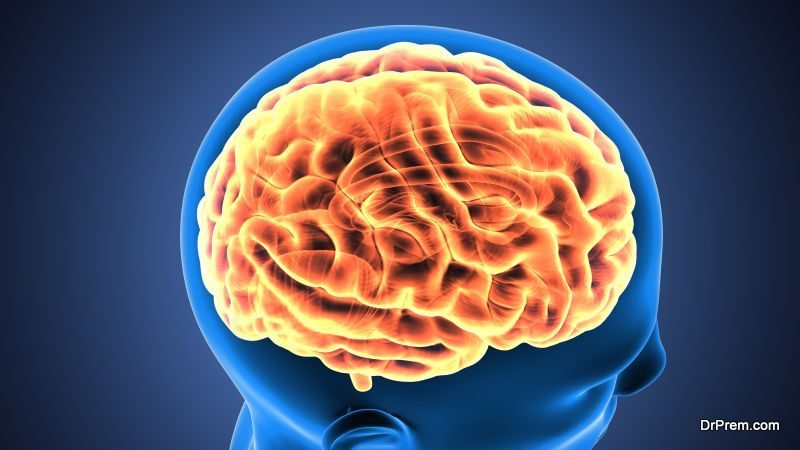 PBA may also be an outcome of injury sustained in the prefrontal cortex, the segment of the brain responsible for handling emotional issues.  The causes of laughing fits need to be properly diagnosed to design an effective treatment plan. To stop uncontrollable laughter or even crying for that matter brain and its complex design needs to be explored.

It is vital to see whether it is sending the right or wrong signals to organs initiating actions.  Even if right signals are sent whether they are being carried down along nerve pathways to action points need to be checked as well.

The growth of tumors in parts of the brain, chemical imbalance inside it or even birth disorders may have a role in the causes of laughing fits.  While gelastic seizure causes socially embarrassing laughing fits a dacrystic seizure results in uncontrollable wails.  Both types of seizures are termed focal as they originate from a single region of the brain. 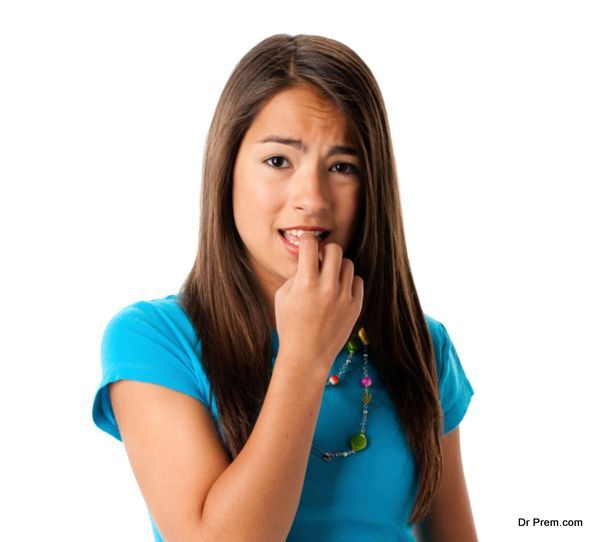 Uncontrollable emotional outburst that causes laughing fits is your Achilles heel in the social front. They give you anxiety and embarrassment and may alienate you from friends with whom you had a reasonable relationship.  Furthermore, PBA may interfere with your daily functioning and can cause a drop in your potential.

The worst part of it you can find it getting extremely difficult coping with your neurological state of health and you see you are helplessly slipping into a state of depression.  Proper diagnosis and treatment is the only solution to bail you out from the sorry state of health and mind. 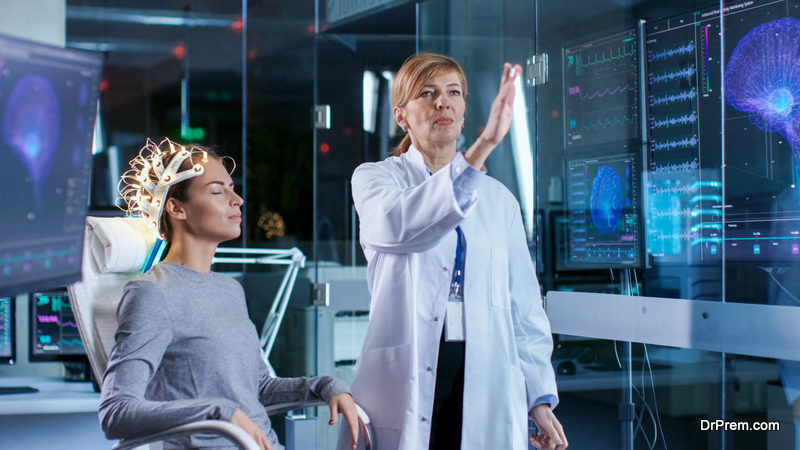 It needs a proper neurological appraisal by an experienced and certified physician who may be a:

PBA is often wrongly diagnosed with doctors coming to conclusions you are having bipolar disorder, epilepsy, anxiety disorder, split personality or even depression which is not the case. 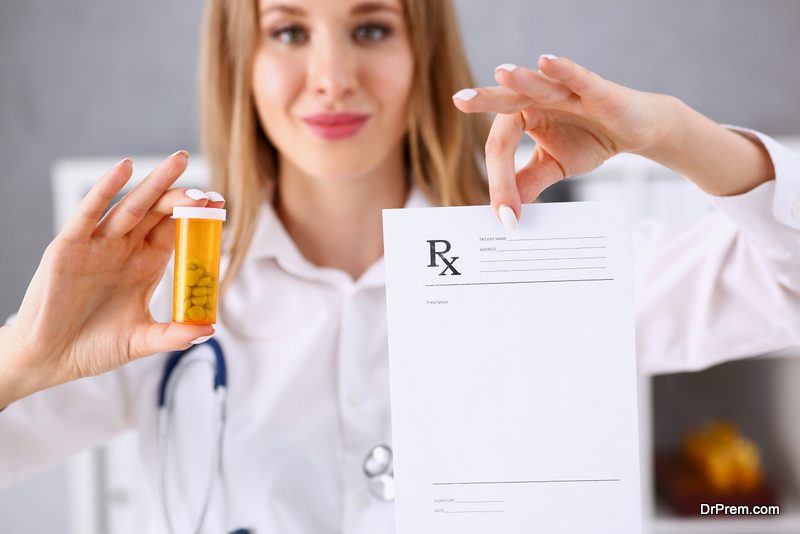 Once properly diagnosed and PBA established, medication is prescribed which may take the form of:

The use of above medications has reduced cases PBA to almost half.

Coping up with PBA and seeking support: 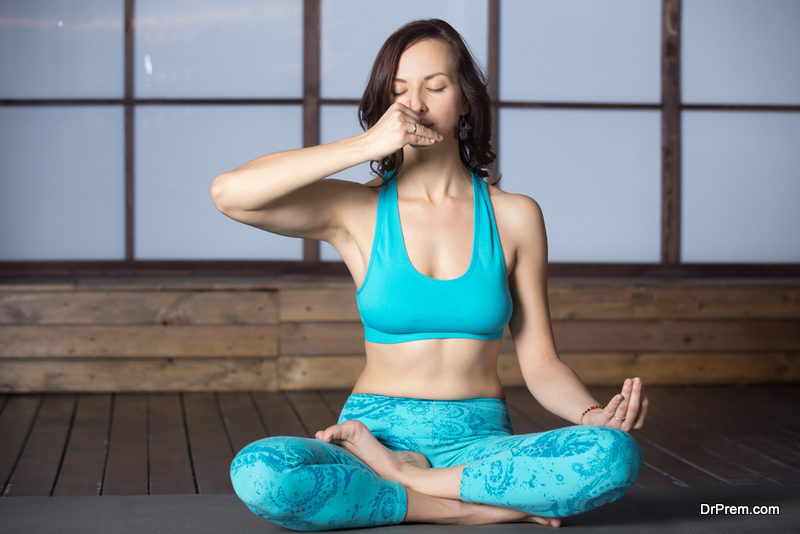 It is best to have more frequent interactions with PBA patients so that you are not alone and your shortcomings are understood because they themselves have laughing fits. Coping with the PBA episodes may not be easy but your efforts should be on:

Preparing for an appointment with the doctor: 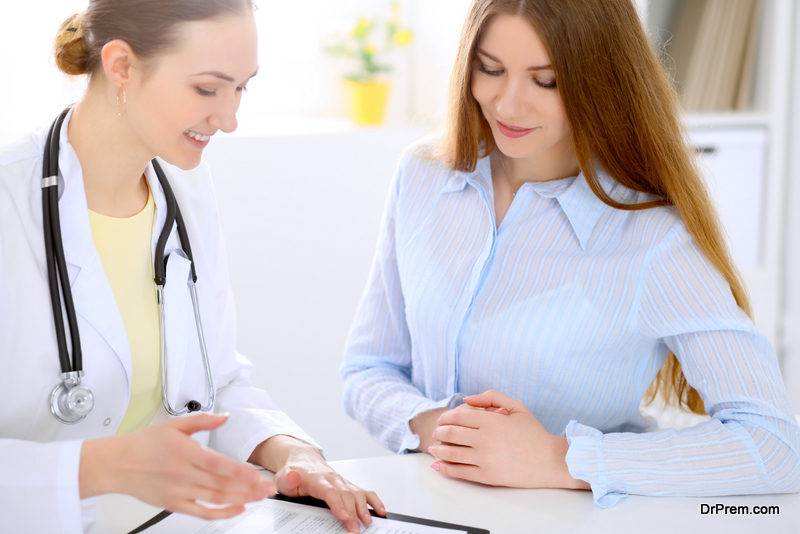 Signs Your Job is Harming Your Emotional Health