Understanding Winter Nosebleeds and How to Avoid Them 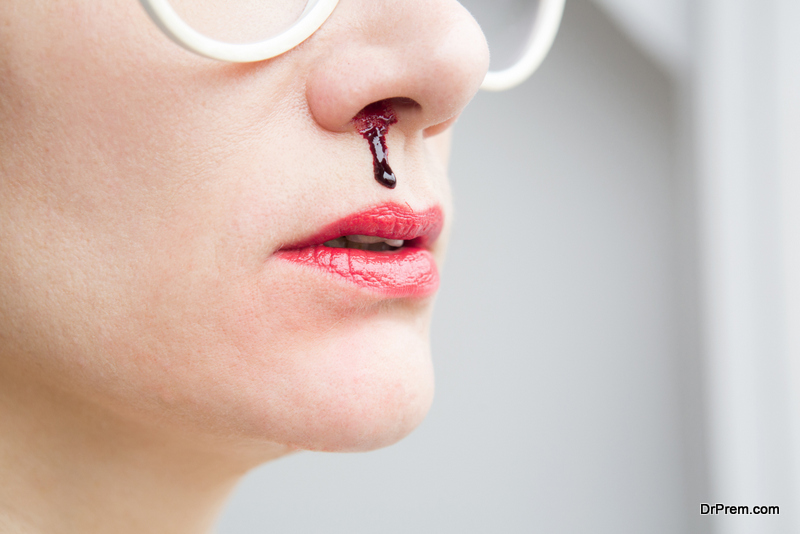 Most nosebleeds are quite normal and only happen due to rupturing of the blood vessels within your nose. These blood vessels are quite tiny, to begin with, and are placed pretty close to the surface. This is why they are the first to burst open and bleed at the slightest of injuries. Nosebleeds may look ugly and messy, but there is seldom any reason to worry.

This phenomenon is quite common in kids who may hurt themselves while playing and in winters. Usually, only one nostril bleeds in such cases. Kids and people with high blood pressure are also at a larger risk of encountering frequent bleeding from the nose on long or red-eye flights.

It is pretty simple to prevent winter nosebleeds. Make sure you keep your nose well hydrated, apply coconut oil on the inside of your nose, and refrain from picking at the dry skin within as much as you can.

Why do nosebleeds occur? 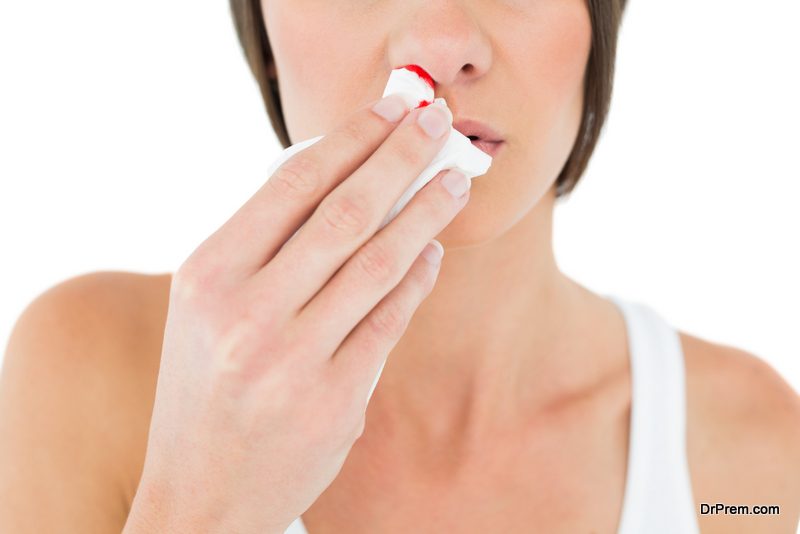 Frequent bleeding from the nose is quite common and unpredictable. However, some basic reasons why nosebleeds occur boil down to a few:

Winters are full of dry weather. Moreover, the dry and heated indoor air poses a large temperature difference as opposed to the indoors. An absence of regular moisturising of the nose during the winters is one of the major causes of nosebleeds. But to prevent winter nosebleeds and taking care of it is pretty simpler than most of us think.

How to prevent winter nosebleeds?

Winter time sees plenty of bleeding noses, most of which are harmless. However, these can be scary enough for children and their parents. Here are some measures you can undertake in order to avoid these situations.

What should you do when a nosebleed occurs? 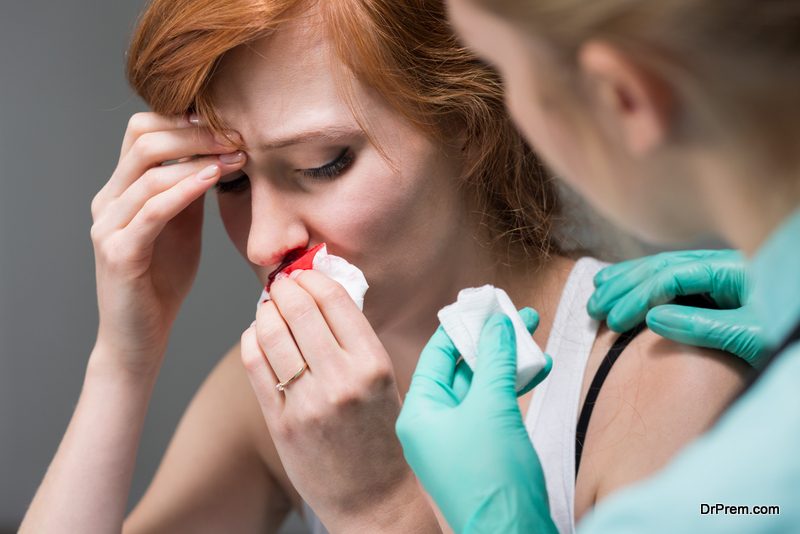 If you want to stop bloody nose, allow the blood to clot within. This clot may go on to become a hindrance while breathing. Even so, no matter how tempting it may be, never pick at this clot until it is completely healed. Pulling it out may cause your nose to start bleeding all over again.

Another useful tactic to prevent winter nosebleeds is to adjust the temperature within your home. Although winters can get quite cold, ensure that the difference doesn’t become too large since that may take a toll on your health and result in a nosebleed.

When to worry and approach a doctor? 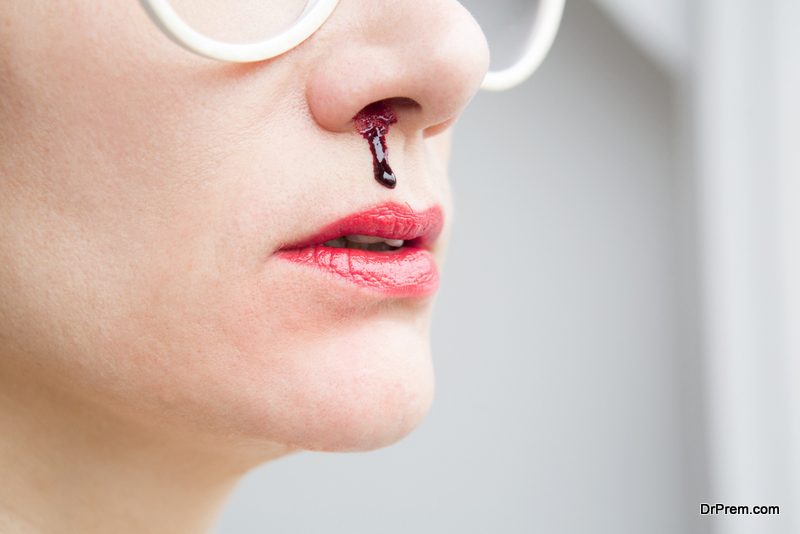 Nosebleeds are quite a common occurrence. It’s time to go see a doctor if:

Even when a nosebleed occurs under the most unprepared of circumstances, there is nothing to worry about. Also, it is very simple to prevent winter nosebleeds. It’s a common sight in the cold and dry winter weather, especially in kids. Sure, kids can be a little difficult to manage in such situations, try and calm them down. Distract them as much as you can.

Jumping and playing around with a nosebleed for a kid can be pretty harmful. Make sure you stack up on tissues within an arm’s reach if you or your family members are prone to frequent nosebleeds. Also, nasal sprays can work wonders in this regard.

10 – Reasons you should watch the sunrise everyday

Cigarettes vs alcohol vs marijuana: Which is worst?