SIDS and vaccines: Is there a relation between the two? 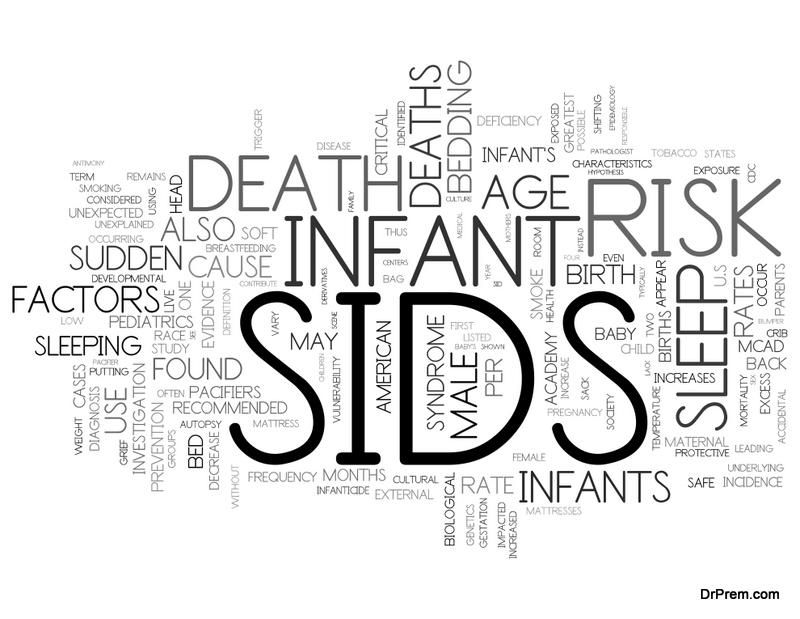 Sudden Infant Death Syndrome (SIDS) and vaccines share a connection is an undisputed fact. But do this correlation work in favor of your child or otherwise is a long-held debate. Vaccine shots are administered in a number of stages between the ages of 2 and 4 months.

Exactly during this very aging phase Sudden Infant Death Syndrome occurs that has lent weight to the conjecture that both might be closely related. In fact, cot death or death in the crib has happened before the programs on vaccination have been globally launched.

So how do you explain the cases where cot death doesn’t follow a ruling and strikes our infant population irrespective of vaccination or otherwise? Vaccinated vs. unvaccinated babies do have a protection demarcation line separating them. Contrary to the popular notion that vaccination may invite infant deaths, this medical regimen actually helps reduce SIDS. 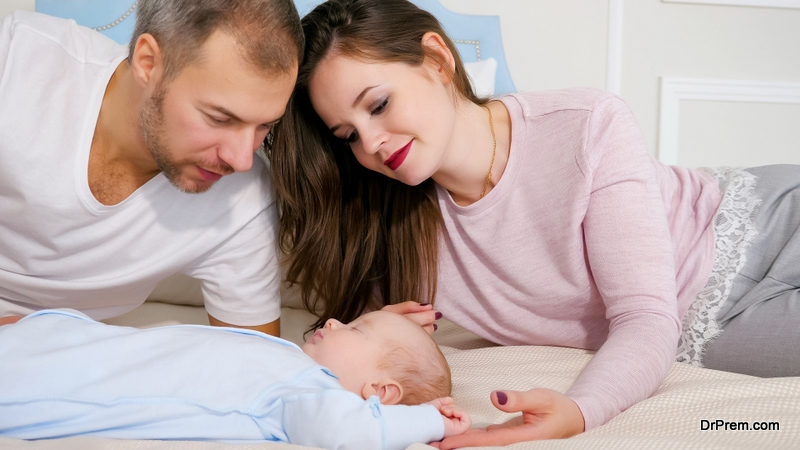 Placing your baby in bed in right posture can reduce incidents of sudden infant death syndrome to a large extent. Moreover, you should pay considerable focus on baby care. Investigations received baffling reports on causes of baby deaths in bed under the age group of one year and less.

A number of reasons may be responsible for deaths of which smothering resulting from the baby pressing its face against the cot while sleeping head down seems most plausible. Back in the year 1992, the American Academy of Pediatrics strongly suggested that it is safer to place the babies on their back while sleeping. This would reduce chances of the mouth and nose getting any obstructions to oxygen passage.

Together with the above recommendations put to practice,  the campaign launched in 1994 by the National Institute of Child Health and Human Development that says “Back to Sleep ” which was later known as ” safe to sleep ” inspired parents and child caregivers to ensure that the baby rests on its back while sleeping.

This further mitigated the incidents of baby deaths in bed.  Gradually, SIDS and vaccines begin to look independent of each other. And this is a great step forward to break the initial myth. Further studies reveal that after 1994 campaign child deaths not only dropped but followed a level graph at a time when more and more children were included in the immunization drive.

Thus SIDS and vaccines started to register negative correlation. To sum up, in a nutshell, placing the baby on its back while sleeping and administering correct shots of immunization vaccines at the correct time would reduce infant mortality rates in bed to a large degree.

A vigilante eye on the safety of vaccines:

Getting your baby vaccinated vs. unvaccinated would have no reasons to differ in terms of health safety unless there is some sort of governance to ensure the efficacy. There exists a positive note to breathe a sigh of relief that US Food and drug administration (FDA) and Centers for Disease control and Prevention (CDC) exist and function well to see the immunization drugs have a license and follow safety benchmarks.

The correlation between SIDS and vaccines may have a false sense of cause and effect logic. This is illustrated by a 1999 ABC News program that highlighted the case of a one-month old girl perishing only 16 hours after being given the second shot of Hepatitis B vaccine.

But statistics say that prior to the introduction of the Hepatitis B vaccines child death was not something unheard of.  Around 5000 babies died annually from SIDS! Rather after Hepatitis B vaccines gained popularity and mounted on a high of 90 %, the rate of SIDS fell drastically. The number 5000 converted to only 1600 in a year.

A survey was conducted by Yang Y T and Shaw on the subject of SIDS and vaccines sampling a longitudinal population segment in 2018. It revealed SIDS is not induced by the routine vaccination program. The study group analyzed 6 years of vaccination input data for 3 months old babies.

Source of the information base was the National Immunization Survey and State Level National Vital Statistics. The inference was clear and helped lift the blemish supposed to be cast on vaccination for SIDS.

SIDS and vaccines and whether the later causes the former was until recently a grey area.  But the leverage is gradually shifting towards vaccines, that it has nothing to do with SIDS.  One look at other possible reasons for SIDS like incorrect sleeping positions, toxins and chemicals present in beds and pillows, parental smoking habits and other pollutants could convince us that these could be contributing factors as well.

A 1994 study in Britain reveal statistics showing correlation between chance of SIDS and specific age group as displayed hereunder:

The above findings affirm that since clinical and pathological elements are not taken into account, the analysis continues to be one of the eliminations resting on negative outcomes.

So whether SIDS and vaccines are connected or the onus shifts on other forms of Child abuse trauma is anyone’s guess. 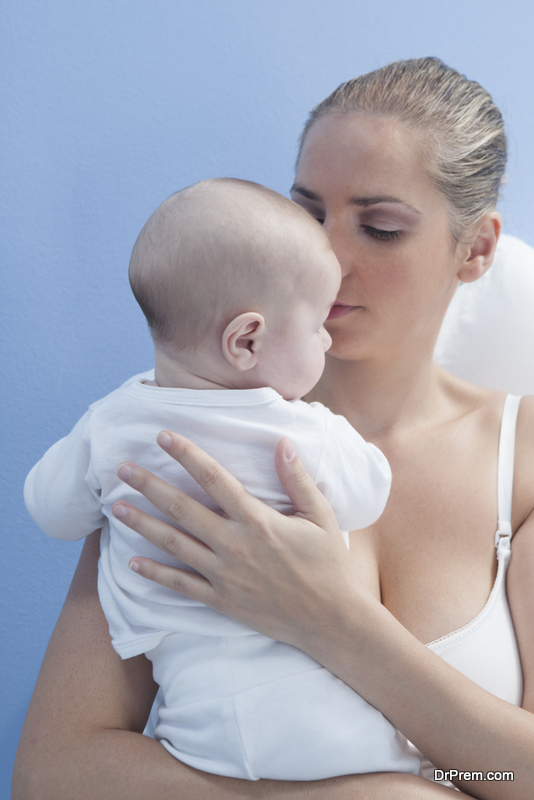 Case- control study launched by Fleming et al to establish the association between SIDS and vaccines is not sacrosanct.  The selection or rejection of sample cases is not free from prejudice.

Furthermore, it is hard to estimate the risk associated with a specific feature prone to SIDS exists in the majority of the sample. A case-control study in California in 1992 is a case in point. Sample of babies collected for the study had a 64 % among them who were sleep prone.

In Flemings study, most of the babies over 3 months were put on vaccination (93 % controls against 79 % of cases). Since the study features were available in a large section of the population, it could distort the eventual outcome.  So, case-control studies have their shortcomings.

However, a large population study taking into account other variables like baby environment, external stress, bed conditions, parental habits as well as incidents of vaccination could provide meaningful inputs to arrive at a conclusive inference.

SIDS is an old issue; it existed in the early days. The first global conference on the issue was held in 1963 insisting further investigations on specific areas of SIDS. Investigations by Dr. Kemkes from data dating back to 1850 – 1880 shows that babies aged between 2 and 4 months are most vulnerable to SIDS. Causes can range from smothering, later winter months seasonal effect while color of the skin also played a part. Black babies were more susceptible to SIDS.

Findings of the American Academy of Pediatrics: 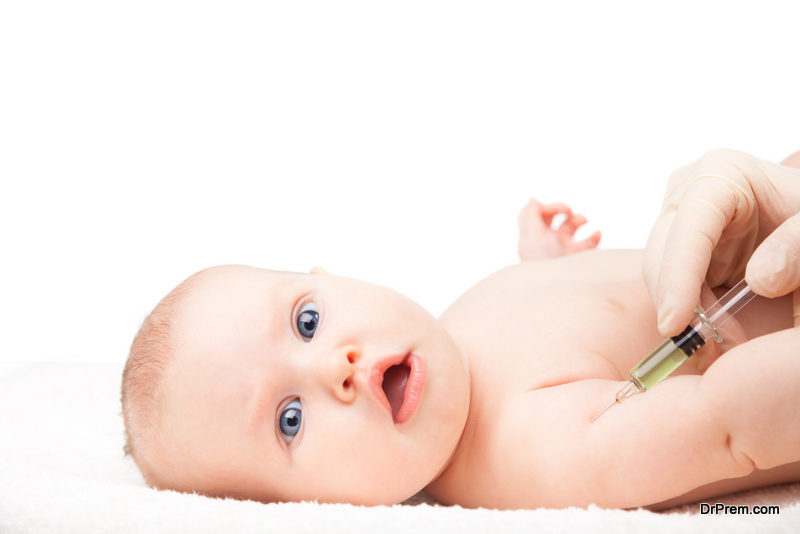 American Academy of Pediatrics has come up with a sleep safety guideline for mitigating SIDS. In fact, they see a relationship between SIDS and vaccines that indicates SIDS rate would drop by almost 50 % if proper vaccination program is initiated.

Foods to avoid in case of upper respiratory infections

10 – Childhood diseases that can be prevented by vaccination